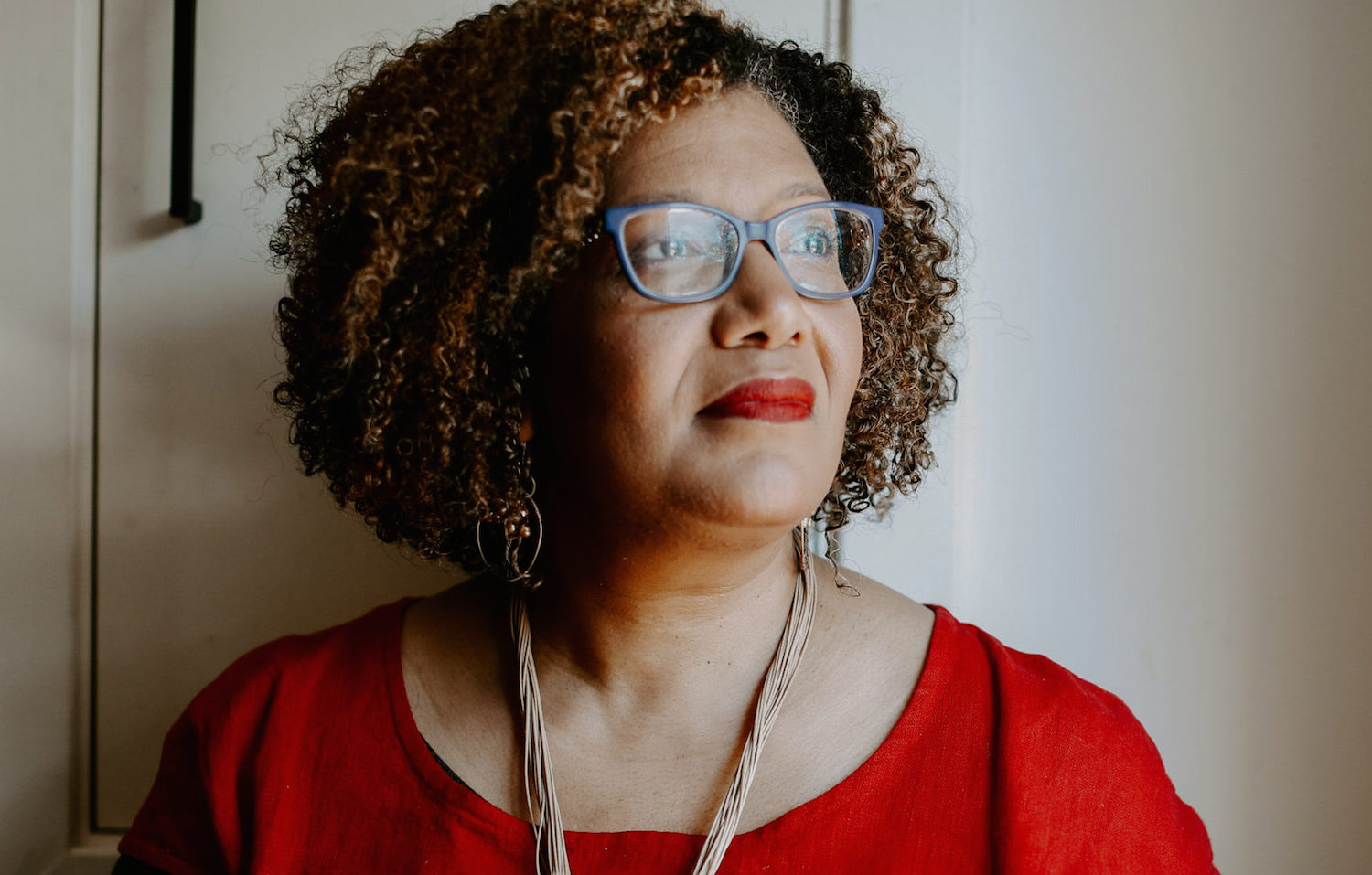 The Very Good Gospel: How Everything Wrong can be Made Right by Lisa Sharon Harper (2016), Be The Bridge: Pursuing God’s Heart for Racial Reconciliation by Latasha Morrison (2019), and Becoming Brave: Finding the Courage to Pursue Racial Justice Now, by the Reverend Doctor Brenda Salter McNeil (2020).

So, what’s next? The last month of 2020 is ticking away, and, may I say on behalf of anyone else thinking it, good riddance to this year of pandemic and other horrors.  It cannot end soon enough.  Our collective vision has long since been turned to the hope of healthy new beginnings across all dimensions of life in 2021.  As we set our intentions for the new year in light of what 2020 has taught us, we can look to three Black women writing in the faith space for inspiration and guidance to continue the work of repentance, lament, justice, and reconciliation.  Their trio of books offers us a map that we would do well to follow in 2021.

For help with deepening our theology to embrace wholeness in every area of life, for inspiration to show the courage of Esther and to act prophetically out of our understanding of God’s love for all people in such a time as this, and for help learning to build bridges of repentance and reconciliation that carry us out of our segregated lives and into community with BIPOC brothers and sisters, we can look to The Very Good Gospel: How Everything Wrong can be Made Right by Lisa Sharon Harper (2016), Be The Bridge: Pursuing God’s Heart for Racial Reconciliation by Latasha Morrison (2019), and Becoming Brave: Finding the Courage to Pursue Racial Justice Now, by the Reverend Doctor Brenda Salter McNeil (2020).

The Very Good Gospel is a book about Shalom. Harper’s organization, Freedom Road, consults with churches, communities, and organizations to provide training, analysis, and strategic planning services, and coaching for leaders in the areas of racial, economic, environmental, and cultural justice and healing.  Harper shows the reader how to move beyond a “thin” reading of the gospel as a transaction in which Jesus paid for sins so we can to heaven to a deeper understanding that wholeness is the entire goal of creation and salvation. She urges us to seek the dignity of every person, to repair our relationships with ourselves, across gender lines–especially where violence against women and girls is concerned–with the natural world, within families, and between races and nations, to embrace the image of God in the members of the LGBTQ community, and, finally, make peace with death itself.

This is no small order. She not only tells us, but shows us with examples from her life, how our understanding of what the Kingdom of God is in the world shapes our ability to embrace and participate in this healing.  All of these goals are rooted in her “thick” reading of the gospel that centers on Shalom and helps us to see a life beyond divisions to a world marked by grace, healing, and flourishing.  She includes Biblical lessons, experiences from her personal life and evangelical past, anecdotes from her activism, stories from history and the news, and invites the reader to apply the lessons of her book to our own lives with extensive reflection questions.

Be the Bridge is both Latasha Morrison’s memoir and a handbook for building connection, empathy, and community across racial lines. Morrison shares her experience of serving on a predominantly White church staff as the only person of color and the isolation of living in Austin, Texas, as part of a very small African-American population.  She discusses her own feelings of disconnection from her own culture and its twin burden of being expected to explain Black experiences to people isolated in White spaces. The church’s lack of leadership and prophetic action on racial reconciliation disturbed her.  Her desire to bridge divides led her to assemble a racial-reconciliation discussion group with some friends.  They examined together the history of the church’s complicity in racism and examined their own personal histories with racism.  Michael Brown was murdered in Ferguson, Missouri, by a White police officer a few months into that group’s life, and the group together processed the grief, anger, and meaning of that event and its aftermath.

Morrison’s Atlanta-based organization Be the Bridge was born of her experiences in that first group.  Her group trains and supports racial-reconciliation groups all over the U.S., and she speaks about anti-racism and racial reconciliation topics to churches and conferences.  Be the Bridge publishes materials designed to support and empower other racial-reconciliation discussion groups in an effort to mitigate the effects of the segregated lives we live in Western society.  Her book provides questions and resources for self-reflection, lament, confession, forgiveness, and restorative reconciliation.  For anyone asking what is the next right thing in their own journey toward growth and connection, Morrison provides a blueprint.

Brenda Salter McNeil was once asked after a speaking engagement when she was going to start talking about justice after she thought she had been talking about nothing but justice for decades. In Becoming Brave, McNeil talks about justice:  justice for those who are systematically marginalized due to gender and gender identity and expression, race, sexuality, class, and social status.  McNeil also asks throughout the book when the church will start talking about justice.  She urges us to come out of the palaces of our own privileges by drawing parallels with the story of Hadassah, the exiled Jewish girl who became Queen Esther of Persia after King Xerxes exiled Queen Vashti for refusing his summons.  From Esther’s luxurious prison in the palace, where she went against her will, she did not know how her people were being plotted against and persecuted in the King’s name until her cousin Mordecai got word to her and then spurred her to reluctant but increasingly bold action to intervene.  McNeil urges the reader to seek out and engage with the prophetic voices all around us, whether inside or outside the church, in the form of protesters, teachers, journalists, artists, activists, and preachers.  She urges us to work to understand the reality of people’s lives and learn how to engage with our values to help effect change.

McNeil encourages readers to embrace the fullness of their own identities by sharing her experiences as a Black woman in White evangelical spaces, especially at seminary where, as a Pentecostal, she felt insecure over being perceived as lacking intellectual depth. Relearning where the power of her preaching and speaking came from has given her the experience of being an outsider and of also embracing her authenticity. McNeil became involved in community activism with other clergy in Chicago after the murder of Laquan McDonald and in Ferguson, Missouri, after the murder of Michael Brown. Like Morrison, McNeil writes about the importance and the power of lament to change hearts and to spur action.  She shares her experiences advocating for clergy facing discipline for performing same-sex weddings, criminal justice reform efforts, the power of the Women of Liberia Mass Action for Peace to change the political face of their country, and numerous other acts of courage and liberation being undertaken around the world.  Her work inspires and reminds us that the work of justice is endless and multidimensional.

These prophetic women remind us there is work enough for all of us as we anticipate eagerly the beginning of a new year.

Book Review: “This is What I Know About Art” by Kimberly...