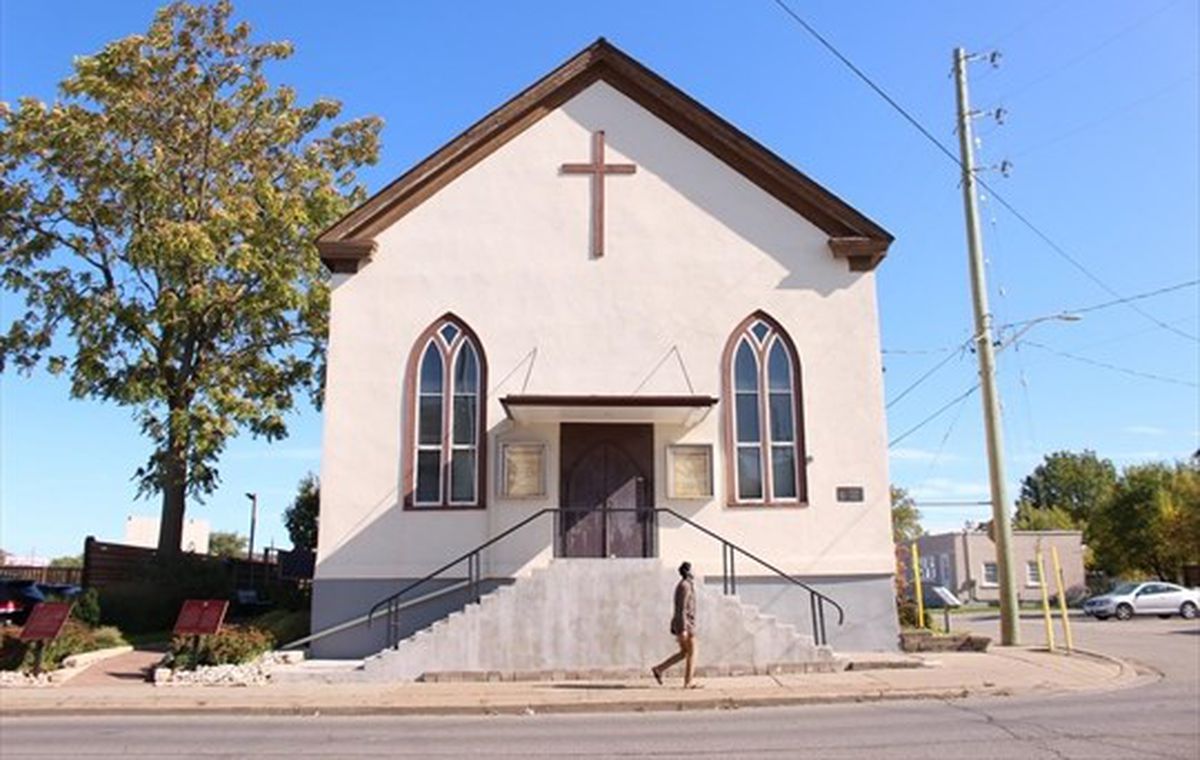 Salem Chapel British Methodist Episcopal church in St. Catharines, Ontario, Canada is the oldest Black congregation in Ontario. Originally founded in 1814, it also has the distinction of being the congregation that Harriet Tubman joined while residing in the area from late 1851 to 1861. In fact the Black population in this area of Niagara grew so rapidly after the passage of the 1850 Fugitive Slave Act, when thousands of free and enslaved persons like Harriet Tubman fled to Canada, it became necessary for the congregation to build a larger church. Originally named “Bethel Chapel” the church hosted abolitionist lectures, civic protests and provided shelter and aid to those escaping from slavery until the end of the Civil War. Frederick Douglas also made a visit to the church.

While Salem Chapel is a National Historic Site, it is also a functional church holding services every Sunday when the province is not under COVID restrictions. Some members of the current congregation are descendants of those early founding members. Maintaining a historic property has been a challenge for the small congregation of eleven members. Through a GoFundMe Campaign and three years of fund raising, the church had acquired some money for much needed repairs. However, with help from their Member of Parliament, Salem Chapel recently secured a $100,000 grant from the Supporting Black Canadian Communities Initiative which will enable them to make even more progress on the restoration of the building.

For more on the History of Salem Chapel

The CBC’s coverage of the grant awarded to Salem Chapel, can be found here

How churches and communities can confront a history of racism and pursue a path of racial reconciliation, check out “Sankofa” from our series “Baptists and Banjos: Racism and a Chance for Redemption.”