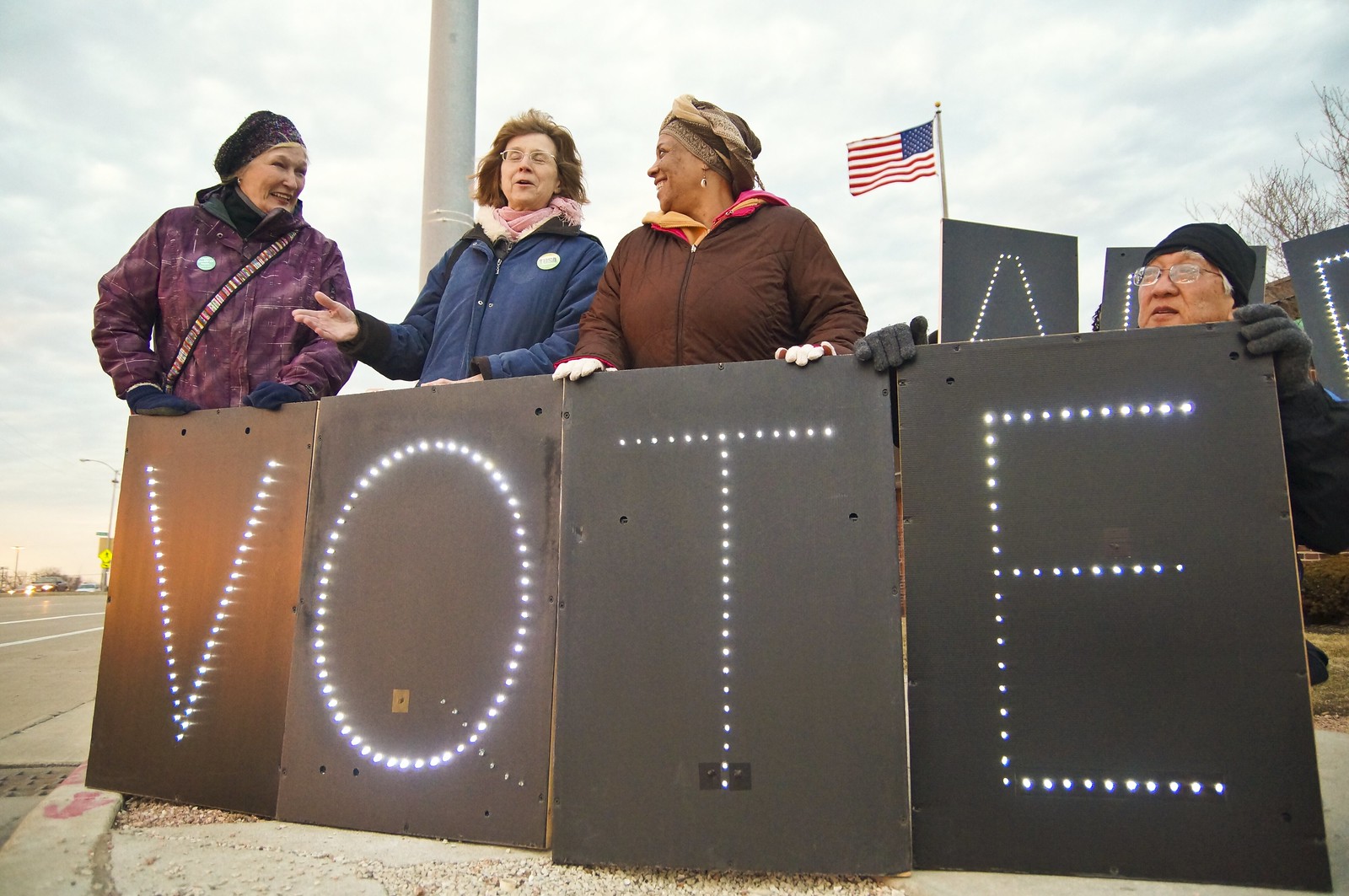 The United States’ presidential election is one month from today and the road to the White House continues to get rougher. The ads are getting meaner, the bots are getting more sophisticated, and the debates…well, I’m not sure we have the adjectives to accurately describe President Trump’s performance in the first debate. His belligerence and petulance were beyond the pale, and his message to the Proud Boys “to stand back and stand by” remains ominous. Literal volleys could be fired before the inauguration.  The tension in America feels almost corporeal right now, like the swirling wind just before the tornado touches down. And if this tornado does indeed touch down, the path of devastation may very well run right down the middle of American democracy.  There is reason to worry about what the future holds.  I’m not the least bit surprised that, in the wake of Tuesday’s debate, Google searches for “how to move to Canada” spiked to levels not seen since November 2016.

But here’s the thing, America.  (1) Moving to Canada isn’t that easy; (2) Canada has problems and dysfunctions of its own; and, most importantly, (3) a Google search won’t lead to change.  There’s only so much time and energy we the people can devote to lament and despair over the ugliness and inhumanity of the current state of these United States. We’ve been in dire straits before – even more dire than this present darkness, in fact.  But opting out isn’t the way out of this mess.  We have to roll up our sleeves and get to work.  We have to pour out our grief and dismay into molds and forge them into action.

Any progress that America has ever made toward living up to its ideals has come through blood, sweat, and principled sacrifice – through standing up and pushing back against corruption and exploitation, injustice and inequality.  For progress to happen, ordinary people can’t sit on the sidelines. We cannot wait for someone else to stand up and speak up. But we also cannot fight fire with fire.  We cannot counter incivility and inhumanity with incivility and inhumanity.  Tweeting that you hope Donald Trump dies of COVID isn’t resisting; it’s succumbing.  The good fight has to be contested with different tactics. Otherwise, it’s not pushback; it’s merely an expansion and an intensification of the current offensive.  To find the path to a better America, to (re)discover the America of promise, we have to find our way back to the high road.

Calling us back to the high road is what First Lady Michelle Obama attempted to do in the lead up to the 2016 election when she uttered her famous line: “When they go low, we go high.” It’s a pithy sentiment, the stuff that memes are made of, but one that reminds us of a sobering reality. We do have a choice.  We have a choice in how we respond to the antics and the abuses of the current administration.  In a 2018 interview with Time, Michelle Obama explained in more detail about what she means by “going high.” Going high’ doesn’t mean you don’t feel the hurt, or you’re not entitled to an emotion,” she explained. “It means that your response has to reflect the solution.”

And that’s the thing about the high road: it isn’t a place we reach through virtues of omission, by resisting certain inclinations.  It’s a path we set out on, a route we take with purpose and never by accident. The high road always lies uphill, and that means you can’t coast up the high road. You have to hike it. You have to climb it. You have to want it.  And the journey is an extension of the destination.

The high road always lies uphill, and that means you can’t coast up the high road…It’s a path we set out on, a route we take with purpose and never by accident.You have to hike it. You have to climb it. You have to want it.  And the journey is an extension of the destination.

By contrast, the low road is easy, which is why it is so frequently traveled. You don’t have to do much to start down the low road. You just let the brake off. You just give in to the gravitational pull of your anger, your resentment, your bitterness, your fear, your pride, your self-righteousness – and off you go. The further you go, the faster you go.  And once you start down that low road, finding your way back becomes all the more difficult. You have a lot of ground to retrace. You face a long and steep journey just to get back to where you started.

That’s why things look so daunting right now. America has spent four years careening down the low road, indulging and enabling our basest impulses. We’ve got a lot of ground to regain. The challenge is intimidating, overwhelming even.  It’s tempting to not even try, to resign ourselves to the fate of this present darkness. But we mustn’t give in to resignation. All it takes is one step to change direction.

Voting is the first step – the first step we need to begin the journey in a different direction, by a different path.  So make sure you take that step on November 3.  Then, once you show up at the polls, start showing up in your community. Rediscover and reaffirm your conviction, your commitment to liberty and justice for all. Lean into it by getting to work like the abolitionists and the suffragettes and the Catholic Workers and the Freedom Riders before us. Then, keep climbing – one day, one step at a time, choosing to let what Abraham Lincoln called “the angels of our better nature” guide the way.

We can get there.  We’ve been close before.  On the night before he was killed, Dr. Martin Luther King, Jr. declared he had been to the mountaintop.  He had looked over and he had seen the promised land.  There’s no reason we can’t get back there.  But if we want to reach the mountaintop, we have to go by the high road.

Not In My Front Yard