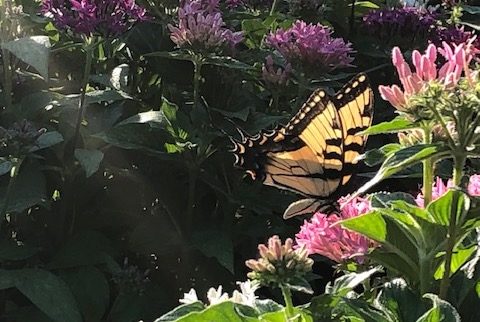 Worship services on the Sunday after Easter are typically the lowest attended of the year. In effect, Easter Sunday has become for us what Palm Sunday was for Jesus and the Twelve. Looking out on the pews on “the Sunday after” –the same pews that were so full the week before–is always a bit depressing. But it is a reminder that the real Easter is so much more than the Easter holiday we celebrate. It is a holy mystery that lies beyond the processions, anthems, and sermons of a single, special morning. Easter is a new reality–a new way of being–that leads us ever deeper into life with Christ, always with grace and wonder but rarely with fuss and fanfare.

In the spirit of keeping Easter alive beyond Easter Sunday, I am posting the text of John Chrysostom’s “Paschal Homily” (first preached over 1,600 years ago) because, like Easter itself, it endures. And it remains one of the most eloquent reflections upon the meaning of the Resurrection ever penned. May it remind you that even though the pageantry of Easter Sunday quickly fades, Christ still lives.

For the Lord is gracious and receives the last even as the first.
He gives rest to him that comes at the eleventh hour,
as well as to him that toiled from the first.
To this one He gives, and upon another He bestows.
He accepts the works as He greets the endeavor.
The deed He honors and the intention He commends.

Let us all enter into the joy of the Lord!
First and last alike receive your reward;
rich and poor, rejoice together!
Sober and slothful, celebrate the day!

You that have kept the fast, and you that have not,
rejoice today for the Table is richly laden!
Feast royally on it, the calf is a fatted one.
Let no one go away hungry. Partake, all, of the cup of faith.
Enjoy all the riches of His goodness!

Let no one grieve at his poverty,
for the universal kingdom has been revealed.
Let no one mourn that he has fallen again and again;
for forgiveness has risen from the grave.
Let no one fear death, for the Death of our Savior has set us free.
He has destroyed it by enduring it.

He destroyed Hades when He descended into it.
He put it into an uproar even as it tasted of His flesh.
Isaiah foretold this when he said,
“You, O Hell, have been troubled by encountering Him below.”

To Him be Glory and Power forever and ever. Amen!

Call to Worship: Easter Sunday “Under the inky sky of the...

No Palms? No Parades? No Problem

Prayer of Preparation for Good Friday

Overturned and Turned Over