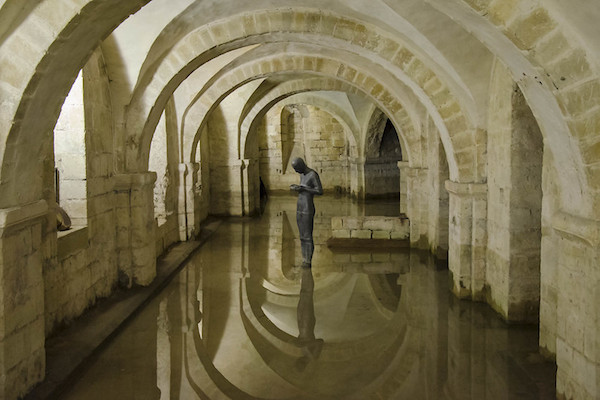 When I heard that Tracey Chevalier’s newest novel, A Single Thread, set in 1932, depicts the lives of the women embroiderers at Winchester Cathedral, I quickly added it to my library holds queue. History, cathedrals, art, feminist rants… all my favorites. Girl With a Pearl Earring, Chavalier’s break out novel, was a creative imagining of the world and woman behind Vermeer’s famous painting, so I had high hopes that her new book would be equally engaging.

Tracey Chevalier is known for her meticulous research and attention to detail, and in this A Single Thread does not disappoint. Her descriptions of the yarns and patterns involved in canvas embroidery are so inviting, it makes me want to pick up a skein and try my hand at some needlework. John Bunyan gave up bell ringing fearful that his enjoyment of it was sinful, and the mesmerizing account of the ringers in Chevalier’s book almost convince me he was right. The lush English countryside, like Thomas Hardy’s Wessex, is a place where the rusted tractor and iron bedframe of “untidy maleness” collide with the feminine sexuality of the natural world’s fecund fields and trees laden with ripe fruit. The heroine of this story is Violet Speedwell, a middle class woman approaching middle age who struggles to find her place in a society that offers women few places to begin with. And Violet is not alone in her search. WWI saw the death of 700,000 British men, leaving the country with a “surplus” of 1.75 million women. When a woman’s life is defined by marriage, who is she when that option is not an option? How will she make her mark in a world that little values it? This is the question Violet struggles to answer for herself in the pages of A Single Thread. The question the reader must decide is, how satisfying is Violet’s answer.

The novel takes place fourteen years after the Great War when Britain, like the cathedral’s once shattered Great West Window, “had been put back together …defiant and superficially repaired, but the damage had been done.” Having come to Winchester to take a job as a typist in an insurance company, Violet stumbles upon a service for the blessing of the cushioned kneelers recently completed by the cathedral’s broderers, a group of women volunteers who embroider for the church. Such a group really did exist and in the early 1930s led by Louisa Pesel, who appears as a character in the book. Violet joins the broderers hoping to craft a kneeler herself as a way to “make a mark on the world” since she was “unlikely to have children.” It’s an odd sentiment, though perhaps not out of step for the time period.

When we first encounter the broderers at the dedication ceremony, Chevalier writes that an “invisible web ran among the women” an image that at once invokes the weaving of the mythical Arachne turned spider by Athena. I believe strongly in the power of collaborative art for transformation of the individual and the community, and it’s interesting to see the impact that creating kneelers together has on the women of Winchester. Maurine, Violet’s office mate goes from “plain, downtrodden office worker to confident stitcher larking about with others.” And Dorothy and Gilda’s relationship is the most genuine in the book as the couple falls in love and takes risks to stay together in the face of social disapproval. Louisa Pesel, head of the embroidery endeavor, once taught needlepoint to soldiers convalescing after the war and becomes a mother figure to Violet aiding in her own emotional rehabilitation. In fact A Single Thread would have benefitted from spending more time with the women broderers and developing their stories, letting their single threads weave into something collectively grander. There are still too few books about the strong friendships among women and about the power of women working together.

Unfortunately, Tracey Chevalier falls into the narrative trap of centering the story around a male character’s salvific presence while reducing the impact of the books’ female characters. The group of broderers who were helping Violet make her mark on the world through creativity and community, becomes second to Violet’s romance with Arthur Knight. His name, a combination of the legendary King Arthur who merits a cushion pattern at Winchester and chivalric knights, Arthur Knight becomes Violet’s romantic obsession. On her walking tour to Nether Wallop, Violet detours by his house and finds Arthur and his wife in their garden with its large pear tree. The arrangement is almost a pantomime of Adam and Eve with Violet hiding behind the tree arranging to meet Arthur in the pub later and feeling slightly thrilled about being a “threat to another woman,” the woman in this case, being Arthur’s wife who has lost her son and then her mind in the war.

Perhaps it is an attempt to construct a Jane Eyre and Edward Rochester relationship of equals as Arthur introduces Violet into such male spheres as pubs and bell ringing, but the passion feels one sided. Even at the novel’s romantic climax the characters’ emotions are guarded and their intimacy happens outside the pages of the book. It is as if Violet has entered into their sexual encounter like a man, like one of the “sherry men” she used to have one-night stands with, and her subsequent pregnancy is part of the transaction.

That Violet ultimately finds her fulfillment, her long sought after place in society, in the traditional role of mother is the terminus of this misguided plot shift that favors the masculine hero over the friendship of women in the novel. While it is true that Violet has constructed her own unconventional family on her own terms, and that bold step is not to be ignored, the motherhood antidote is something out of the genre of Women’s Films that was popular in the 1930s and 1940s. One could almost see Bette Davis or Barbara Stanwyck playing Violet if this book had been written decades earlier. I found myself hoping that Arthur’s confusion of the fylfot pattern for swastikas might knock him from his pedestal, that it would reveal that he in fact did not understand or appreciate what Violet and the broderers were creating, but the conflict was quickly resolved with the deus ex machine appearance of Louisa Pesel.

While Violet does grow as a person, move through her grief, and discover the courage to confront her boss and her mother, these accomplishments are lesser for Arthur’s influence. Even Violet’s kneeler, what was to be her small mark on the world, arrives in chapter 12 finished with no fanfare. Whatever feelings or emotional struggles went into its creation again happen off the page. It is frustrating that a book, which in other ways has so much to offer, resorts in the end to a baby as the way a woman makes her mark in the world after all. Had Tracey Chevalier written a novel in which the heroine’s inner turmoil was resolved through engagement with her art and a community of supportive women, then A Single Thread would have been a truly singular book.

“The Spirit of Haida Gwaii” a Text Poem by Bill Reid

Book Review: “This is What I Know About Art” by Kimberly...