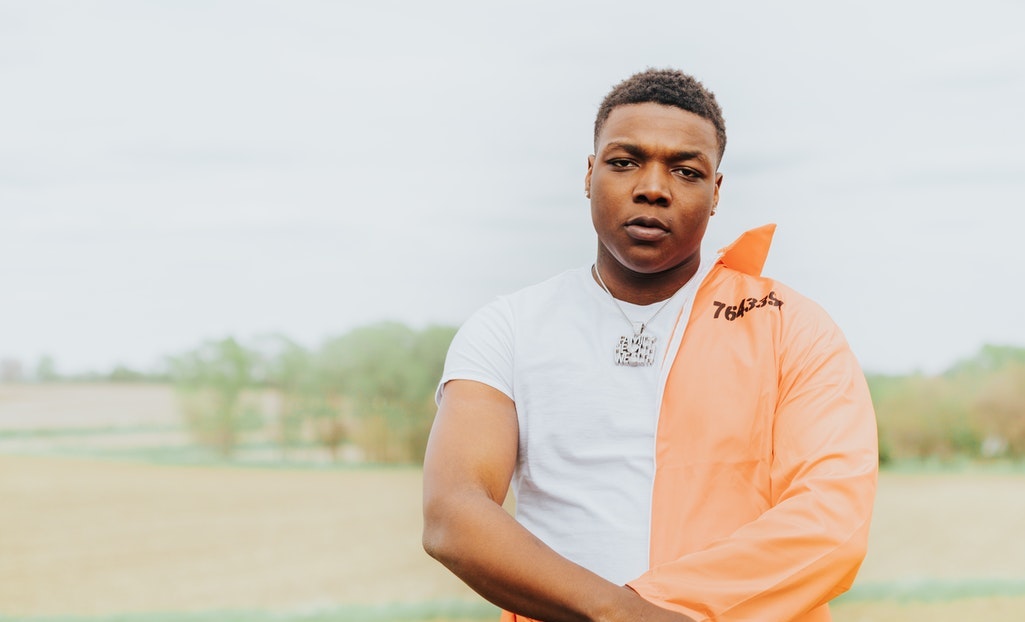 The New Jim Crow:  Mass Incarceration in the Age of Colorblindness (10th Anniversary Ed.), by Michelle Alexander, and Just Mercy:  A Story of Justice and Redemption, by Bryan Stevenson

I committed to writing periodic posts about my unlearning homework and the books I’ve been reading by Black authors across different genres and subjects.  September has marked the beginning of the (virtual) school year and a surge at work.  So, as I finally get this post together, I’m watching Austin Channing Brown discuss with Glennon Doyle on Instagram the long-feared Louisville grand jury decision not to charge the officer who shot and killed Breonna Taylor with responsibility for her death.  I’m not writing about grand juries, but that shooting and the ensuing grand jury developments are related to the books I am reviewing.  Both are about the U.S. justice system.  Neither of these authors would express surprise at an outcome like the one in Louisville on September 23.  With a looming presidential election, law and order language is being wielded across the U.S. and doomsday crime scenes pepper political advertising.  Nothing is new under the sun since Nixon first employed the Southern strategy decades ago

These two books are well-known bestsellers that appear on every anti-racism reading list.  I cannot recommend them highly enough.  I am a lawyer, but I still dragged my heels about reading them out of intimidation about what I knew would be a painful subject.  I urge you not to procrastinate like I did, but to let these brilliant lawyers teach you what they have experienced, especially if you are making your own election-year decisions.  These books are excellent, devastating, hard, and brilliant–all the powerful adjectives apply.

I review them together because threads and themes introduced in The New Jim Crow inform Just Mercy, as well.  Just Mercy was published in 2014, four years after The New Jim Crow.  Michelle Alexander builds a persuasive argument that the U.S. has been for several decades in its third wave of systematized discrimination against Black Americans and perpetuating a Black underclass in America.  The first was slavery, the second, Jim Crow segregation, and, the third, Alexander argues, is mass incarceration, disproportionately of poor and minority men, in modern, supposedly colorblind America.  This third wave is rooted in Nixon’s Southern Strategy, fueled by changing policing strategies, federal funding incentives, and excess military equipment during the War on Drugs in the 1980s, bolstered by 1990s sentencing policies, and continued by public contractual obligations to keep for-profit prisons full.

The New Jim Crow contains a sobering lesson for this election year.  Many Americans are looking for a national political solution to the problems of systemic racism, but Alexander shows us that our system rewards politicians who successfully woo poor White Americans at the expense of poor Black Americans, no matter what political party they belong to.  Administrations of both political stripes have used “law and order” platforms to win elections and to institute and shore up the system we have; the political expediency of mass incarceration has been alluring and enduring.

“our system rewards politicians who successfully woo poor White Americans at the expense of poor Black Americans, no matter what political party they belong to”

I recommend getting the 10th anniversary edition of her book for Alexander’s new preface about what has changed and what remains the same since the book was first published.  The book’s last chapter, titled “The Fire This Time” after James Baldwin’s book of similar title, addresses the “what next” question that people worldwide have been asking since George Floyd was deliberately suffocated in Minneapolis in May.  Her book is heavy on legal history and statistics—her genius is in making all of that very accessible for the reader—but the solution she identifies is rooted in Martin Luther King, Jr.’s vision of Americans leaving the cycle of systemic racism by instead really loving and caring about one another across racial lines.  Perhaps 2020 is the moment both King and Alexander have called for when genuine community can birth something new and more just.  Alexander reminds us what has been said over and over for years, and over again since Breonna Taylor and George Floyd died: colorblindness is a myth that robs us of having the hard, necessary, and truthful conversations about race that offer us the only path to real change.

“colorblindness is a myth that robs us of having the hard, necessary, and truthful conversations about race that offer us the only path to real change”

Alexander is a New York Times columnist and Visiting Professor of Social Justice at Union Theological Seminary.  A couple of good gateway interviews available online are her conversation with Bill Moyers from December 2013, her On Being interview with Krista Tippet in April 2016, and her June 2020 discussion of COVID-19 and Prison Reform with Union’s Dean Kelly Brown Douglas.  She has also made several appearances with civil rights leader Angela Davis that are available online.

If The New Jim Crow is a groundbreaking work of history and critical legal and political theory, Just Mercy is an enormously intelligent memoir at heart.  Not only is it a memoir of Bryan Stevenson’s experiences as a criminal defense attorney in Alabama, but it also tells the stories of the incarcerated people he has met on death row and those who are serving sentences of life imprisonment without possibility of parole.  Like Alexander, he gives the reader a tour of U.S. Supreme Court case law; her book features 4th Amendment search and seizure law and equal protection challenges to policing, charging, and jury selection decisions, while his discusses ineffective assistance of counsel standards and 8th Amendment cruel and unusual punishment law.  Stevenson tells family stories and courtroom dramas, highlights moments he spent arguing before the Supreme Court, and describes visits to his clients in prison and on death row, including in the hours before their executions.

His legal work first focused on reversing wrongful death penalty convictions but eventually branched into representing children charged and incarcerated as and with adults, as well as mentally impaired defendants, and mothers prosecuted for murder after stillbirths.  The personal stories of these clients are profoundly moving.  I could not get through his book with dry eyes.  His overriding point about the criminal justice system is that no one is simply the worst thing he or she has ever done.  The recent movie adaptation of the book highlights the exonerations of Anthony Ray Hinton and Walter McMillan, but Stevenson tells many, many more people’s stories in the book.  Of course, Hinton’s well-known memoir The Sun Does Shine, also a bestseller, is a great companion read to Just Mercy, as well.

Stevenson also writes about themes reminiscent of The New Jim Crow.  He, too, sees our current criminal justice system as a direct descendant of slavery and Jim Crow.  He urges Americans to learn about the history of lynching so we can stop repeating the same patterns of killing the most powerless members of society out of a sense of vengeance using our death penalty system.  His organization, the Equal Justice Initiative, in addition to its laudable legal representation initiatives, has established the National Memorial for Peace and Justice in Montgomery, Alabama, to commemorate victims of lynching.  EJI is also working with local groups in many states to erect historical markers at the known sites of lynchings to raise public awareness of a shameful chapter in our history that White Americans have not fully faced and for which there has been no justice and no reconciliation.

EJI’s education initiative is bearing state-sanctioned fruit.  Last year, the Maryland Lynching Truth and Reconciliation Commission was established by the state legislature to research cases of racially motivated lynchings and to hold public meeting and regional hearings where lynchings of African Americans by white mobs are documented.  The Washington Post reported this week that the commission will begin a three-year study of lynchings in the next few months.  The commission was born in part from the work of the Maryland Lynching Memorial Project to document the history of lynching in the state and honor and dignify the victims; it will be holding a conference in October entitled “Lynching in Maryland.”

Like Michelle Alexander, Bryan Stevenson has also given a number of terrific interviews that are available online.  His appearance at the National Book Festival in 2015 to promote Just Mercy is on YouTube.  His 2012 TED Talk has been viewed over 7 million times.  And of course, being portrayed by Michael B. Jordan in a major studio film is no small potatoes.

These are books with power to change the lens through which we see our society and what our institutions can be.  These are mind- and heart-changing books.  All their accolades don’t do them justice.  They have the power to show us how the structures we take for granted have been engineered, how they can be undone, and how they can be remade more justly.

The New Jim Crow: Massive Incarceration in the Age of Colorblindness

Building a Movement to End the New Jim Crow by Daniel Hunter is designed to help activists and groups “make meaningful, effective change” in the movement to end mass incarceration. Available here at Hunter’s website in English and in Spanish, along with his Study Guide and Call to Action book for The New Jim Crow. Both are also available on his website as E-books.

The Unitarian Universalist Church has created a 19 page study guide for small groups available for download here. Designed for either single or 3 ninety minute sessions, or possibly two 45 minute sessions the guide includes an opening poem for reflection, guidelines for discussion and questions for discussion leaders. There are also links for resources in the guide to help groups find ways to become involved. The very structured sessions mean even novice leaders could feel comfortable guiding the discussion.

A study guide produced for groups looking at The New Jim Crow from a Jewish perspective is available here. Assembled by rabbinical students and members of the Woodstock Jewish Congregation, this guide includes passages from the Jewish Bible (Old Testament) and teachers, as well as small group exercises and discussion questions.

A curriculum for youth called Teaching the New Jim Crow is available on the Southern Poverty Law Center’s Teaching Tolerance website. Michelle Alexander herself has written the introduction for this curriculum, and the website features several on demand webinars with the author about her book and using the Teaching materials.

Just Mercy: A Story of Justice and Redemption

Similar to the study guide created for The New Jim Crow, the Unitarian Universalist Church has also created a guide for Just Mercy to facilitate small group discussion. Designed for 1 to 3 small groups sessions, this study guide includes hymns, discussion questions, and directions for reflection and sharing along with links to resources. Available for download here.

A Teacher’s Guide for Just Mercy is available free from the publisher here. For each chapter of the book there is a summary, discussion questions, and an activity.

A Discussion Guide for the movie “Just Mercy” is available here and includes links to other online resources.