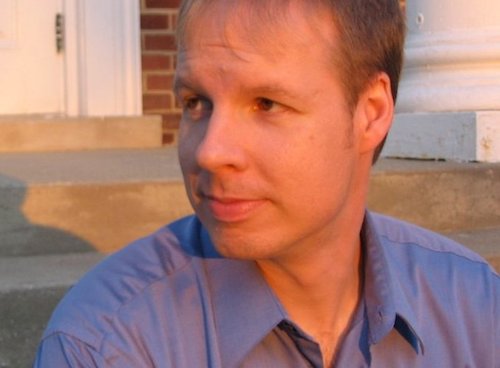 I’m 39 years old.  I’m the father of five-year-old twins, a husband, and a pastor. I’m tired – exhausted, even – much of the time.  I routinely put in 50+ hour weeks between all three of my aforementioned responsibilities (in truth, more like 90+).  I make a decent, though hardly lavish and at times barely adequate, salary.  One day I hope to retire, but seeing that just about every penny that currently comes in goes right back out to our median-range mortgage, our cars (both run-of-the-mill Hyundais), utilities, groceries, our kids, and other basic expenses I’m not terribly optimistic. We’re saving what we can, but it’s a far cry from what we really need to accumulate a sufficient nest egg.

I’m tired and, yes, a bit jaded.  But more than anything I’m dismayed.  I’m dismayed that folks like Robert A. Hall seem to think that the mess we’re in is simply the result of lower standards or loose morals – and that everything would be better if people simply had more discipline and dedication.

If you’re on Facebook or other online social media platforms, you’ve probably seen Mr. Hall’s diatribe – although not attributed to him.  It cycles through Facebook attached to a picture of Bill Cosby.  I received it (again) last week.  Cosby didn’t write a word of it, however, and has officially distanced himself from the comments.  Snopes.com has traced the rant to an entry posted by Mr. Hall, a former Massachusetts state senator, on his personal blog back in 2009.   The Snopes entry is dated to August 2011.  The fact that the piece is still circulating in 2013 with the Bill Cosby attribution is the first indication of how disconnected it is from the present.

I am not entirely unsympathetic to Mr. Hall and those who keep his “opinion piece” alive.  I have no doubt he worked very hard to accomplish all that he has in his 83 years.  I also imagine the 21st century is an uncomfortable, disorienting, and perhaps even frightening place to him and many others of his generation.  The world has changed.

If Mr. Hall was 83-years-old in 2009, that means he was born in 1926.  His formative years would have occurred during the Great Depression and World War II.  He would have reached his prime as a working adult during the post-war boom of the 1950s and 1960s: in other words, the golden age of the American economy.

There are many reasons why this period of American history was exceptional, but one of them is that work actually paid.  College degree or no, jobs were available and many offered living wages, even if those wages were modest. The productivity of American workers was increasing dramatically, and more importantly average workers were sharing in the fruits of their own labor.   The more productive they were, the more they earned.  Between 1950 and 1970, the median income for American workers increased nearly 100% in real dollars .

By contrast, in the 40 years since 1970, wages for most American workers have stagnated, even though their productivity has continued to increase. Rather than reward employees for a job well done, the American corporate culture now applies the gains of that increased productivity to higher benefit costs, dividends for stockholders (through wider profit margins), and/or outrageous salaries and bonuses for the executives who oversee the work.   In 1965, corporate CEOs were paid 20 times more than the average worker.  Today, in America’s top 350 corporations they command 273 times the pay of the average worker – the average worker, not the lowest paid.

Is it really any wonder, then, that many working Americans seem to be losing what Mr. Hall calls “his work ethic”?

The great irony in all this is that Mr. Hall and many others of his generation have supported (if not authored) the very policies that, economically speaking, have helped to create this society they deplore – policies that have produced a concentration of wealth at the top.  We’re living in (and with) the long-term effects of  “Trickle Down” economics, which has proven to be aptly named.  When the rich (the so called “job creators”) are granted unrestricted access to the fountain of prosperity at the head of the line, a trickle is pretty much all that remains for everyone else.

“When the rich (the so called “job creators”) are granted unrestricted access to the fountain of prosperity at the head of the line, a trickle is pretty much all that remains for everyone else.”

This is why you’re “being told” that you need to “spread the wealth,” Mr. Hall.  No matter how tired you may be, I doubt you’re as tired as the millions of Americans who, in our current corporate and economic climate, will never be able to get ahead no matter how hard they work. Income inequality in the US of A has now reached its most disparate point in a century.  By some measures, the wealth gap is wider now than it ever has been in our nation’s 232-year history.  Why?  The top 10% of earners now take home nearly 50% of all national income – and not because they’re disproportionately smarter, hard working, and deserving than the other 90%.  They are smart and hard working; but they’ve come to control that much wealth because tax codes and other government and corporate policies disproportionately favor them.

Despite all the complaints (similar to Mr. Hall’s) about “slackers” and “takers,” there is a whole host of people out there busting their humps each and every day – some of them at two, three, even four jobs – trying to piece together a life for themselves and their families in 21st century America, at meager (not modest!) wages.  The single mother who’s working first shift at one company and second shift at another, but who still can’t afford to put a stable roof over her head or enough food on the table, isn’t poor because she’s lazy; she’s poor because her work isn’t valued or fairly compensated.  The young man (usually a Black or Latino man) who has a felony on his record for a minor drug offense doesn’t have a job not because he’s tattooed or pierced – or because he doesn’t want a job.  He doesn’t have a job because “the job creators” are legally allowed to discriminate against him for the rest of his life, even though he’s served his sentence and “paid his debt” to society.

Which brings me to Muslims.  No, not really, but Mr. Hall veers off on this topic in the middle of his post for no apparent reason other than such non-sequiturs are the nature of tirades.  I just thought I’d demonstrate how nonsensical and pointless such an abrupt and clearly prejudiced shift in subject comes across.

Is personal responsibility an issue?  Yes – especially for cowardly online ideologues who hide behind the faces of celebrities in order to spread their vitriol. But personal responsibility is hardly the only, or even the central, issue we face.  The kid in the projects who today is choosing to join a gang is exercising a measure of personal responsibility.  He’s looking around and weighing his options.  He sees one group of people who sit around and do nothing all day but watch TV and nurse their disillusionment, another group who are working their fingers to the bone for minimum wage (or not much more) and getting absolutely nowhere, and a third group who are dealing drugs or running weapons or trafficking sex – and who have money and are making things happen.  He’s choosing to belong to that third, enterprising group.  Yes, he’s a criminal – but he’s far from a deadbeat.  He’s making the best of the options he sees available to him.

There are institutional, cultural, political, and ideological reasons why things are the way there are in America today.  Until we admit that and start confronting the systemic roots of inequality and injustice in our society, nothing is going to change, no matter how much ranting we do or how many “likes” such rants receive.

“There are institutional, cultural, political, and ideological reasons why things are the way there are in America today.”

So, let’s stop the ranting, the raving, the railing and all the rest of it and let’s get to work. Let’s name the problems, study the problems, dream of what a society would look like without those problems, and then come together, roll up our sleeves, and start building that society. I would think even Robert A. Hall could cheer a little sleeve rolling.

Now, let’s see how many rounds this makes on Facebook.

This post had the distinction of being chosen as one of Word Press’s “Freshly Pressed.”

Call to Worship: In Celebration of Diversity

Call to Worship: “God of all nations, we long to meet...