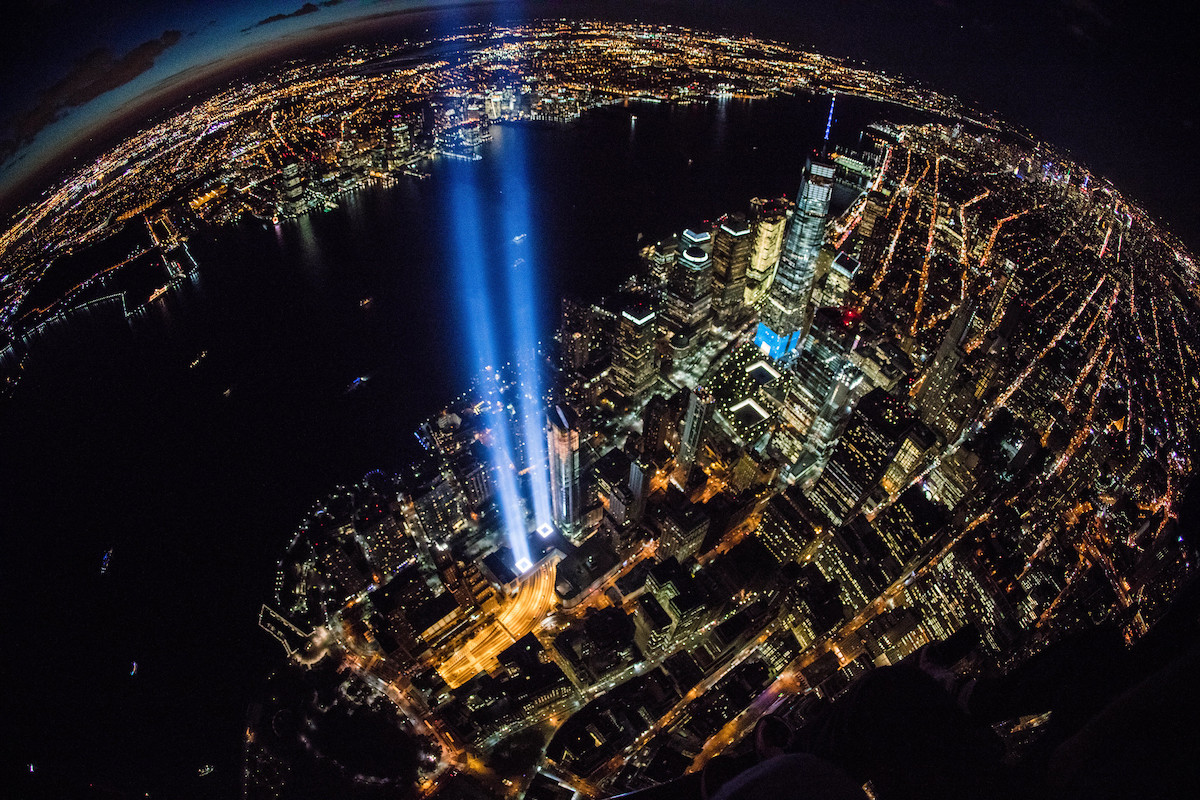 All of us who lived through September 11, 2001, remember precisely where we were and what we were doing when news of the terrorist attacks reached us.  My most indelible memories are the towering plumes of smoke filling the TV screen, the eery quiet of typically jam-packed Atlanta freeways, the unwavering bravery of the first responders – and how quickly courage morphed into anger and reprisal.

Twenty years on, many of us have moved beyond the personal shock and horror of the tragedy itself. Physically, the wreckage of 9/11 has been cleared. One Trade Center now rises where the Twin Towers formally stood.  The Pentagon is repaired. Memorials rich with symbolism honor those who died there, in Manhattan, and in Pennsylvania. Psychologically, however, (and spiritually, I would argue) America remains deeply wounded.  We lost more than buildings and people on that fateful day.  Our national sense of self collapsed into the rubble and we’re still searching for it. And we’re still suffering the effects of the toxins this search has leeched into our political bloodstream.

In the days and weeks immediately following 9/11, we had a golden opportunity to become something more closely resembling our national ideal – a golden opportunity to pull together, to rise the challenge, to become a more unified nation. There was opportunity and there was yearning.  A swell of genuine patriotism washed over the American people. There was a willingness to put aside political differences and work together for a greater good.  There was a desire to give, even to sacrifice.  Then we asked our President what we should do, and his answer was, “Keep shopping.”  Instead of reaching higher or deeper, our patriotic duty was to reach for our wallets.

As weeks turned into months, we turned our attention to salvaging what we could from the burned and broken debris, attempting to piece the façade of our exceptionalism back together even as we receded further into individualism and consumerism.  We lashed out in frustration at our inability to realize our mythic self-concept.  Our leaders started not one but two wars. President Bush even named a new “Axis of Evil” for us to fight.

We morally underwhelmed on the war front just as we did on the home front.  In carrying out these campaigns, American politicians, commanders, and pundits defended torture at Guantanamo Bay, the abuse of prisoners at Abu Ghraib, and the mercenary profiteering of contractors such as Blackwater.  We weren’t trying to be a force for good in the world; we were simply a force to be reckoned with.  “Truth, justice, and the American way” gave way to “Might Makes Right.”  Two decades later, we have little to show for the trillions of dollars spent and thousands of lives lost in these wars other than higher stock prices for defence contractors. Iraq and Afghanistan essentially became large and long shopping sprees for the military industrial complex.

The terrorist attacks spawned political battles as well.  9/11 soon became a partisan wedge issue rather than a national rallying point.  When we look back, it’s easy to blame a specific political party or particular agents within that party for the devolution of our political discourse and the soiling of our international reputation.  But personalities and personal agendas are not the whole story of 9/11 and its aftermath.  We, the People, re-elected the administration that started us on this path, and we have continued to elect even more brazen personalities to the highest offices in the land.  The pundit who defended American war crimes in Iraq as soldiers “just blowing off steam” garnered higher ratings. His successors continue to draw huge audiences by peddling hardline diatribes and conspiracy theories.

That is because the lingering legacy of 9/11 is fear.  Fear of future attacks.  Fear that America isn’t as exceptional and glorious as we’ve been taught.  Fear that has made a sizeable segment of our population hyper-possessive of America’s founding myths.  Fear that renders us incapable of pulling together to address past and present realities and rationally meet new challenges.

Being a former pastor, I am especially grieved to witness how this fear and its derivative anger has infected churches across America over the past twenty years. Christians of all people and churches of all institutions should be resilient and resistant in the face of fear because we profess faith in a Messiah who has overcome death itself.  A Messiah whose gospel includes the frequent refrain, “Do not be afraid,” for, Behold! God is up to something.  God is at work.  God is at work renewing and redeeming. God is at work because God so loves the world.  That love is the foundation of faith in Christ and that love, the New Testament tell us, casts out all fear.  Indeed, the only gospel approach to fear is to cast it out through love.  We Christians need to remember that – and start leading the effort to love our neighbors as ourselves, to love and unite, not label and blame.  “Faith Over Fear” should be a bold position statement, not a cheap anti-vaccine slogan.

As I write this on September 11, 2021, I am cautiously optimistic about our ability to pivot. America certainly has lost its way before. In certain fundamental ways, it has never walked its talk, never embodied its founding ideals. Yet it has also managed progress, and it has done good in the world – largely through the grit and conviction of Americans determined to make America and the world a better place. We are a nation of movements as well as factions.

The first step is to surrender our fear, and resist – even reject – those who peddle it and seek to exploit us with it. Our fellow Americans are not our enemies.  There are anti-democratic, authoritarian, fascist, and racist impulses in our midst that must be named and constrained; but we cannot dehumanize or minimize our countrymen-and women based on political affiliation, geographic location, sexual orientation, ethnic identification, or anything else.  We will never unite if we do not value each other and want the best for each other.  Seeing each other as fully human is part and parcel with seeking to love one another.

The second step is to start doing more with our desires than reaching for our wallets.  Our incessant, at times frantic, 21st century consumerism has driven us further apart, further onto islands of our own wants and aspirations, and has trained us to think politically as “I, the Consumer,” rather than, “We, the People.”  Deep down, we also know the things we fill our shopping carts with will never fulfill our deepest longings.  We sensed it twenty years ago when the Towers first fell.  We didn’t want to keep shopping.  We wanted something more. We wanted it then – and it’s not too late to pursue it now.

That same longing is what has birthed the abolitionist movements, the labor movements, the civil rights movements, the women’s movements, the LGBTQ+ movements  – all the efforts that truly have made America greater and more faithful to its principles.  That spirit has always been the true spirit of America – its promise and potential – and it remains the path forward. To reach higher and deeper, we have to seek better for others, not just for ourselves.