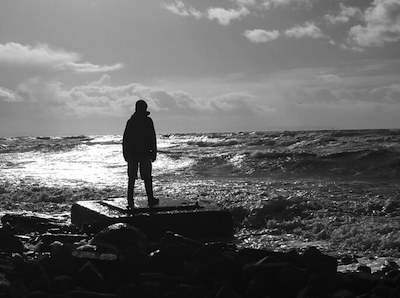 When my wife and I first got married, we spent more than a little time talking about the future—as you do when you first get married. After all you’ve dedicated yourself to the person you want to spend the rest of your life with, and you hope to have a lot of future together.

In one of those conversations, she said to me,  “Just remember: you can get fat or bald but not both.”  Well, here’s a *short* photo history of my gene pool.

So, I think it’s pretty clear where I’m headed.

My wife really wasn’t offering me a choice.  Thankfully, she made this remark to me with a twinkle in her eye. But the fact of the matter is that we all face choices everyday that really aren’t choices. The fact of the matter is that there is much in life over which we have no control: our race, our gender, our nationality, our accent; whether we are tall or short, young or old; how much artistic talent we have, how much athletic ability we possess.  We have no control over our ancestry or our DNA.  And as if that weren’t enough, life also has a way of confronting us with choices that really aren’t choices. Do I pay the rent or pay for my child to have a coat?  Do I buy food or do I buy medicine?  Millions of people face questions like these everyday and have no answer.

Yet, despite the fact that these choices really aren’t choices, judgments are made, expectations are set, stereotypes are manufactured for us and about us based on these facts of our lives.  We can choose how we handle these judgments and expectations.  But we don’t have a choice as to whether we will handle them–or not. And so these choices, which really aren’t choices, lead us into situations that aren’t fair, that aren’t just.  If we’re lucky, those situations take the form of a stray comment, or a snide remark.  At times, however, those situations can literally become a matters of life and death, as they did for Trayvon Martin; as they did for Fakhra Younas–and thousands if not millions of others like them.

I don’t share these things with you to bring you down.  I don’t share these things with you pretending you don’t already know about them, perhaps even better than I do.  I share them with you today to remind you, to proclaim to you why Easter matters. The fanfare of Palm Sunday, like the branches the people waved in premature celebration, has already faded; but the glory of Easter endures. And it endures because the story of Easter is a story that runs head-on into the unpleasant realities of this world–runs into them, and runs through them.

The Christ whom we declare Risen today is, in the famous words of the prophet Isaiah, “a man of sorrows and acquainted with grief,” not only in the suffering He endured at the hands of His executioners but also in His life as a Jew.  Then as now, Jews faced a variety of prejudices from the Greek-speaking, Gentile world around them, and as a people subjugated by the Roman Empire they faced a number of judgments and expectations that were beyond their control.  Jesus would have experienced these prejudices and judgments from His earliest days on this earth.  Later He would confront other judgments and expectations in His ministry, as talk began to spread that He might very well be the long-awaited Messiah.  That term, that title, was loaded with assumptions in Judea.  Even those closest to Him didn’t get it, and those assumptions, at least in part, led to His crucifixion.   The religious authorities used them as the basis for the charges they brought against Him. Many scholars believe that Judas’ disappointment with Jesus–disappointment rooted in his own expectations of Jesus as the Messiah–may have factored into his decision to betray Jesus.  And even though Pilate could find no reason why Jesus should be executed, the passion underlying the assumptions and expectations surrounding Jesus persuaded him to pass sentence nonetheless.

But it didn’t stop there.  The soldiers pounced at the opportunity to “let off some steam” while Jesus was in their custody. As if the slow, savage, humiliating torture of crucifixion weren’t enough, they mocked Him, taunted Him, and belittled Him before they nailed Him to the cross and left Him to asphyxiate in the midday heat. Alone. For those whom He had taught and healed and ministered to so many times in so many places were nowhere to be found. One of the most haunting details of Luke’s account of Jesus’ final moments is that the women “stood at a distance, watching these things” (Luke 23.49).  But at least they were in the picture.  Peter, James, John…all had vanished.  Jesus’ last conversation on Good Friday was with a thief whom He had never met.  And His body would be claimed by a righteous stranger and laid in a tomb meant for someone else.

Those early hours of that first Easter morn were dark indeed. The disciples didn’t know what to do, what to think. Their hopes, which had soared so high on Palm Sunday when they escorted Jesus triumphantly into Jerusalem, had been dashed against the jagged rocks of reality.  They were disoriented, terrified, and no doubt ashamed.  It was dark–around the disciples and inside them as well.

The story of Easter, the glory of Easter, is that into that darkness God shines a brilliant light: a light that heals and warms as much as it illuminates.  Not only do the women who faithfully journey to the tomb see the stone rolled away, they hear the marvelous words: “Why do you look for the living among the dead? He. Is. Not. Here — for He has risen!”  Not only does Jesus walk out of the Tomb, He goes to find those who abandoned Him: those who failed to stay awake; those whose spines were too weak to support their tough talk.  He goes to them as they are leaving the city on the road to Emmaus.  He walks through walls to find them where they are still hiding. He calls them back to shore after they have returned to their old lives, their old jobs.

The story of Easter is the story of God’s best winning the collision with the world’s worst and Jesus inviting us into a new life, a new reality based on that victory!

That is why Easter matters.  Because of Easter, we now have a new way to face the the judgments, the expectations, the injustice, the unfairness of life–a way that lies beyond courage; a way that lies beyond our own strength and determination; a way that is grounded in love, in grace, and in the very presence of God with us. Easter is the source of our hope.  We can dare to stand up, speak out, and stare down the harsh realities of this world because in Christ pain, death, and disillusionment will not have the final word.  God’s best wins, even when the world’s worst draws first blood, even when darkness falls in the middle of the afternoon, even when faith is all we have left to stand on.

“We can dare to stand up, speak out, and stare down the harsh realities of this world because in Christ pain, death, and disillusionment will not have the final word.”