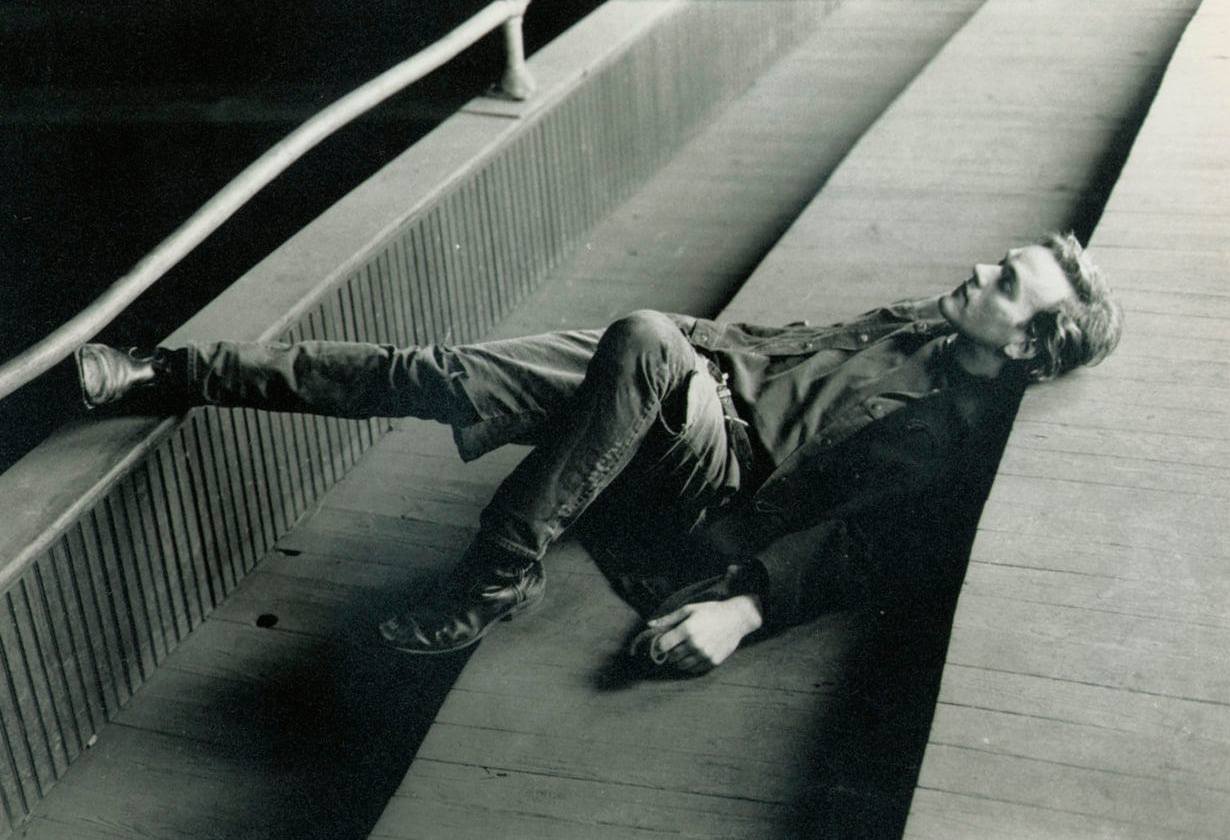 Starship may have built this city on Rock and Roll[1], but the Via Ex Machina website was built squarely on the alternative music of REM. Stuck in Toronto’s strict COVID lockdown I banished myself to the back porch and spent my summer clicking between YouTube website tutorials and my 99 song REM playlist on Spotify. (Astute fans will have already noted our VXM aesthetic combines the colors of “Chronic Town”(1982) with the overall industrial aesthetic of “Automatic for the People” (1992) and a dash of “Monster” (1994) for good measure.)[2] Not since the halcyon days of college have I listened to that much REM. As soon as I hear the opening bars of “What’s the Frequency Kenneth” I’m right back at the University of North Carolina at Greensboro with my word processor, my Super 8 film camera, Law & Order on the TV (again[3]) and a mountain of Greek flashcards. I was in madly in love with a very witty Latin Major (I still am) and in love with my studies in documentary film and ancient Greek. I was in that beautiful college bubble of self-discovery and simpler times. Now I find myself trapped in my COVID bubble in a house that was never meant to hold so many pre-teens and dogs for so many hours at a time. No wonder I’m seeking solace in Michael Stipe.

And I’m not alone. According to a study in the Journal of Covid Economics from the Centre for Economic Policy Research[4], the listening tastes of Spotify users in the six European countries surveyed shifted toward older music after each country entered lockdown. Queen, Fleetwood Mac, Toto, The Beatles and even Phil Collins[5] saw surges on Spotify and the Billboard charts. This “nostalgia effect” is not limited to music, but evident in television and Netflix viewing too. These trips down memory lane can be beneficial when they help us cope in difficult situations. Psychologists have discovered that the positive remembrances, like those triggered by my REM binge, reduce stress levels, help prevent depression and anxiety, and provide a sense of continuity in our lives.[6] It’s easy to see why nostalgia would be particularly soothing during these pandemic lockdowns, which leave us unmoored from the day-to-day interactions and activities that create individual and collective cohesion.

But there’s also a darker and more dangerous side to nostalgia that goes all the way back to the word’s ancient Greek roots. The “nostoi,” literally “the returns” in ancient Greek, comprised a genre of storytelling centered upon a hero’s homecoming[7]. The most well-known of these stories, but certainly not the only one, is Homer’s Odyssey, an epic poem about the many hardships the Greek hero Odysseus must overcome on his way home to Ithaca from fighting in the Trojan War. It’s a ten yearlong struggle and even when Odysseus reaches Ithaca, he still isn’t finished fighting to regain not only his homeland, but his place in it as king. And Odysseus is the lucky one. His comrades in arms often end up murdered (Agamemnon) or mad (Ajax), drug addicted (Menelaus) or driven away (Philoctetes).   In every one of the nostoi, the hero finds that the old adage is true, you really can’t go home again. Either “home” has changed or you have. Or perhaps “home” was never the ideal you thought it was to begin with. This is where the danger lies.

Like one of these Greek heroes lost at sea, nostalgia can leave us disoriented and distracted. Our focus becomes the past rather than the present and so we ignore what needs to be done in the now to create a better future. Churches, politicians, and other institutions excel at this misdirection because often what they value most is their heretofore position in society. But as society shifts and their status shifts with it, rather than re-examine their role to earn a place in its future, most choose to anchor themselves in a mythical version of the past. “Make America Great Again” is an effective slogan when marketing to people who are nostalgic for an America in which they, or others like them, were afforded an elevated status based on their skin-color or sex.

“nostalgia can leave us disoriented and distracted. Our focus becomes the past rather than the present and so we ignore what needs to be done in the now to create a better future.”

Our brains are wired to retain positive memories over negative ones as a means of survival so we forget that the glory days were not necessarily glorious for everyone. Even that “golden age” lacks a certain luster if you look long enough. This craving for stability during a time of upheaval is understandable. The future is always unknown, but the past we know (or think we know) provides security.

In my own nostalgic longing for my time as an undergraduate at UNCG, but as we’ve seen, nostalgia favors the positive memories over the difficult ones. My younger brother died from a terminal heart condition the January of my senior year of high school when he was 15 and I was 17. What happened the remainder of that year, I honestly can’t remember. Prom was loud, graduation was long, and then I left for college in Connecticut. It was there that the grief caught up with me. After one semester I came home, completely at a loss of what to do or where to go next. I was adrift in an ocean of grief, depression, and anorexia, and while transferring to UNC-Greensboro provided some respite, it wasn’t the end of my journey. Even as I threw myself into my studies and my relationship with Todd, the three Furies of grief, depression, and anorexia continued to dog my steps.

Then one day while on a walk around the perimeter of the campus, a verse from the Old Testament surfaced from the depths of my spirit.

I am about to do a new thing;
now it springs forth, do you not perceive it?
I will make a way in the wilderness
and rivers in the desert.

I realized I needed to reorient myself to the present rather than live in the past. I got professional help. I began to find some positive things springing forth in my life which had been overshadowed by my profound grief. Now, this is not to say my grief was not justified. Of course it was. It would be a mistake to repress the deep sadness I felt over the loss of my only sibling with whom I was extremely close. But the manner in which I was handling my grief had become unhealthy. I was trapped between the Scylla and Charybdis of anorexia and depression[8]. I needed a way through, and that way would not be found focusing on the past but by focusing on God. Even in the wilderness there can be a path, even in the desert a source of water and life can be found if we are attune to the NEW thing God is doing.

God is always working on something new. Unlike REM, God is not going to mine the back catalog and release a greatest hits album of our favorite miracles. God is the “I AM” not the “I was.” God is our “ever present help in trouble” (Psalm 46:1), the One who promises to answer when we call (Jeremiah 3:33) and such a loving relationship requires God to do new things in response, but also necessitates we attune ourselves to the ways God is at work around us. To discern clearly, our vision cannot be clouded by the dark side of nostalgia, but that doesn’t mean there’s not a place for memories.

Remembering God’s faithfulness in the Old Testament and recalling Christ’s sacrifice in the New are integral to our faith. In 1 Samuel 7:12, the prophet calls the Israelites to repent so that God might deliver them from the Philistines who have amassed at Mizpah. After God’s people fast and pray God sends a “loud thunder” to panic the invading army and the Israelites are victorious. Samuel erects a stone marker he christens “Ebenezer” or “stone of help,” in the vicinity of the battle to commemorate God’s help and to remind the nation of Israel how God and can and does provide . Rather then an object of nostalgia tethering them to the good ol’ days of that Mizpah victory, the memorial stone propels God’s people to further victories that drive the Philistines not only out of Israel’s territory but out of the neighboring territory as well (v.14).

Memories of my brother that focus on what I have gained from having known him, rather than my loss, now strengthen and encourage me during difficult times. What was once a stumbling block, instead has become a steppingstone that helps pave the way through the wilderness to the new things God is doing.  Isaiah 43:19 has become my own “Ebenezer” of sorts over the years, so much so that I find I look forward to change and seek out new ways God is at work in my own life and in the world. In art and music and film, at diverse churches in Georgia, Virginia, Maryland and now Toronto I’ve seen God continue to do so many new and wonderful things.

“What was once a stumbling block, instead has become a steppingstone that helps pave the way through the wilderness to the new things God is doing.”

In the wake of 2020, it’s tempting to crave a time when things will be “back to normal,” but I would encourage you, as I often encourage myself, to instead resist “normal” and be on the look-out for the “new.” The New Year is a great time to start.

[1] A hilarious article about the making of Starship’s 80s hit, “An Oral History of ‘We Built This City,’ the worst Song of All Time.”

[2] “Ranking of All the REM Album Covers Aesthetically”

[3] In a 24 hour period reruns of the television show “Law & Order” would air a total of four times on the same cable network. It made for great background noise. Enough to keep you awake, but not enough to actually be a distraction. You could judge just how much of an all-nighter you pulled by the number of episodes of “Law & Order” viewed. On more than one occasion I definitely saw all four while working on a paper.

[5] Surely a sign of desperation, because I for one find Phil Collins creepy.

[7] If you run out of things to read during lockdown, feel free to peruse my MA thesis on the subject, “Coming Home: The Trojan War Nostoi in American Vietvet Cinema,” 2000.

[8] Found in Book XII of the Odyssey, Scylla is a supernatural creature with six heads that lives in a cave along the narrow passage into the western Mediterranean. With her long necks she is able to pluck sailors off passing ships, while Charybdis, her neighbor opposite, creates a whirlpool three times a day capable sinking ships. Ships like Odysseus’ were trapped between the two evils.