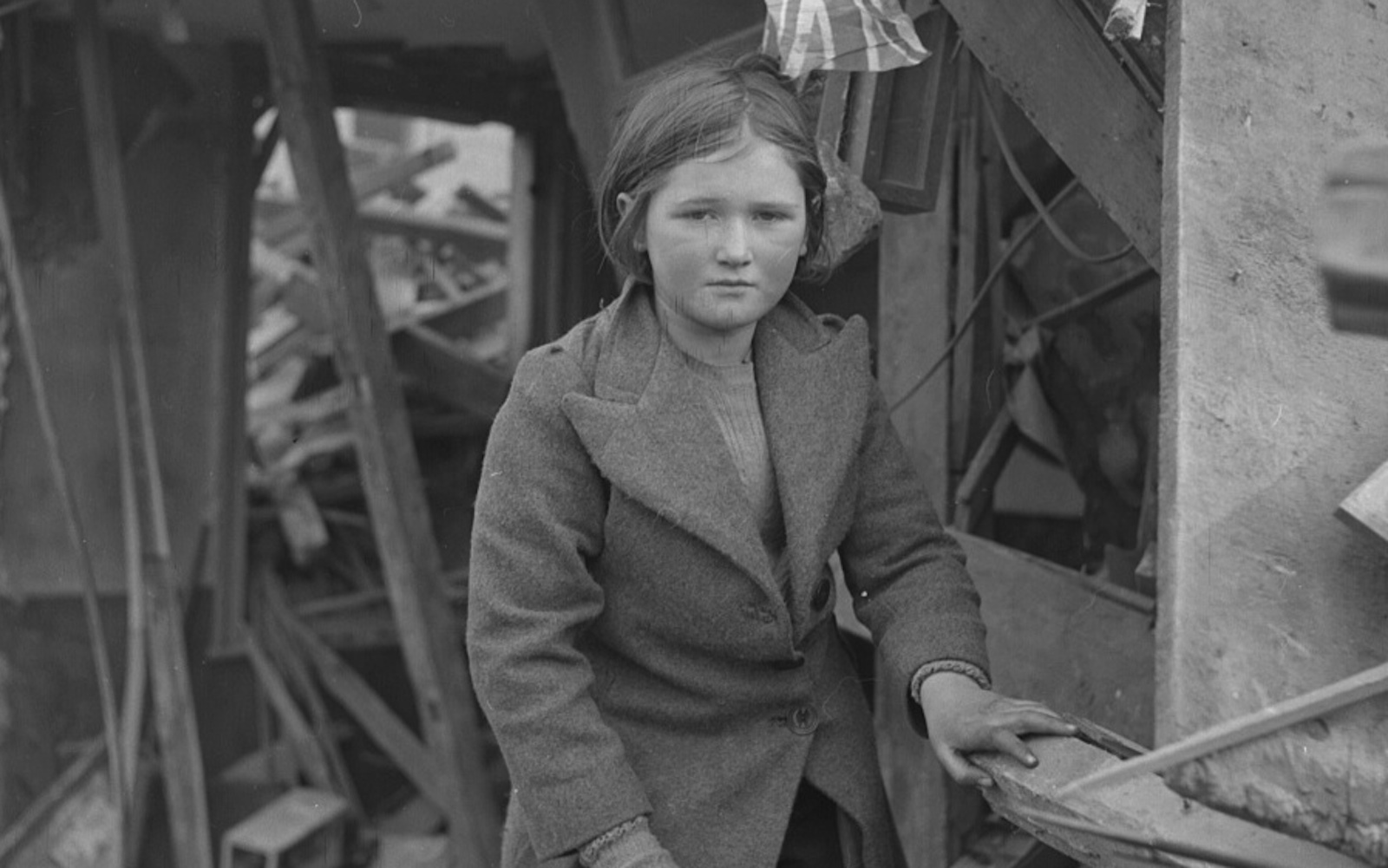 My father-in-law never carried an umbrella, at least not for the last 75 years of his life. It wasn’t that he had a fondness for rain, or found umbrellas an inconvenience when a mad dash through the weather would do. No, my father-in-law hated umbrellas because they reminded him of British Prime Minister Neville Chamberlain who was rarely seen without one.

Chamberlain allowed Nazi Germany to annex the Sudetenland in Czechoslovakia in exchange for peace in the rest of Europe. Chamberlain’s “peace for our time,” as he phrased it, was short lived and did nothing to stop Hitler’s ambition or advance. As a student of history, and a veteran of World War II, my father-in-law never forgave Chamberlain for his willingness to purchase this illusory peace at so high a price. Many people, both inside and outside the church, are striking that same bargain today.

During this holiday Season of Peace, families, churches, employers and others will tacitly agree that for the good of the family / church / bottom-line, members will ignore anything that doesn’t comport with the photo of smiling faces and matching sweaters on the official holiday card. As long as everything looks fine, then, for all intents and purposes, it is fine. But ask a question; point out an inconsistency, an abuse, or an inequality; create any ripples in the sand and the carefully constructed mirage vanishes. And rather then spend the energy and time confronting the causes of the chaos behind the illusion and working to create an actual oasis, the group puts its resources to restoring the facade.

In Ezekiel chapter 13 the prophet encounters something similar. In Israel, false prophets, “prophesying out of their own imaginations” rather than God’s revelation, are assuring the people that there is “peace” when in fact there are serious problems in the nation that need addressing. Rather than actually repairing the breach in the wall, Ezekiel accuses the lying prophets of merely erecting a phony wall and covering it with whitewash – a wall that God promises to assail with torrents of rain, hailstones, and a violent wind until it is leveled to the ground and the hollowness of its foundation laid bare for everyone to see (v14). And it’s not just the wall that will be destroyed, but also those false prophets who sold Israel on a flimsy, whitewashed peace that was more about their own preeminence than God’s.

The peace that the world offers may look real, in the same way that a flat background from an old Western movie appears to be a fully inhabitable building. But walk behind the façade and it’s little more than painted plywood with a truss of two by fours propping it up. Individuals and organizations will resort to all sorts of things to prop up their idea of peace. From extremes like slavery and apartheid to more insidious means such as social shunning, or threatening someone’s job security, or access to healthcare.

In one of our past churches a member on the Board of Trustees threatened to take away our toddlers’ dental insurance if Todd didn’t stop preaching about social justice issues. Our increasingly diverse church no longer looked, or sounded, or felt like this man’s church. He was being asked to think about scripture differently, and have conversations that made him uncomfortable with people that made him uncomfortable. And those people were no longer confined to the margins of the congregation but were serving on boards as well. This trustee was willing to do whatever he deemed necessary to restore his “peace,” even if it meant endangering our children’s health. His threat didn’t change Todd’s preaching, but it sowed seeds of suspicion and animosity that stunted the church’s potential.

How then do we turn from this flimsy, phony, illusory peace to pursue the deep, lasting, transformative peace that God wants for us, that God offers to us and to the world? A look into Psalm 85 can help us learn more about what God’s peace looks like and our role in it. In verse 8 the Psalmist writes:

Let me hear what God the Lord will speak,
for he will speak peace to his people,
to his faithful, to those who turn to him in their hearts.

In other words, let God’s people not manipulate or manufacture their own peace born of self-centeredness, fear, jealousy, or avarice. Instead, with the Psalmist, let the people listen to God’s instructions for the kind of peace God wants, as explained in verses 10 and 11.

Within these two verses we see the reciprocal relationship between God and God’s people that leads to peace as God envisions it. God expresses loving-kindness and encounters faithfulness from God’s people. When God displays righteousness and God’s people reflect God’s own justice and fairness back to God, the result is peace. But not just any peace, “Shalom” peace, which according to Old Testament scholar Walter Brueggemann, requires the faithful to live in a radically different way.

Shalom is not a feeling. It’s a peace that springs from the covenant, reciprocal relationship God has with God’s people that we see modeled in verse 10, as well as the sharing, caring relationship that the people have with one another. Therefore, it is not peace granted to the individual for the individual’s comfort or well-being. Rather, it encompasses social, economic, and political well-being for the entire community, its neighbors, even the entire world. The trouble is this deep, lasting, permeating peace takes work.

The false prophets in Ezekiel did not repair the breaches in the walls because they were exploiting the physical and psychological ruins littering Israel for their own gain. The repairing of breaches, of broken systems, requires courage, diligence, and a willingness to put our neighbors’ need for justice above our own desire for comfort and convenience. Yet this is what God calls us to do. Real peace only exists when our faithfulness rises up to meet God’s righteousness.

“Real peace only exists when our faithfulness rises up to meet God’s righteousness.”

As we draw closer to Christmas we recall that moment when God’s love came down, when heaven and earth met in a manger in Bethlehem. In the midst of a global pandemic and the still smoldering debris of a contentious election, we crave a sense of peace like never before. It is tempting to imagine Christ’s nativity as a time when all was calm and all was bright and the infant Jesus slept in heavenly peace as the carol suggests. But this portrayal of peace is as substantial as the cardboard star affixed to the top of the stable in the church Christmas pageant.

If there was any peace on earth on that first Christmas night, the military might of Rome imposed it. The Jewish people enjoyed a special dispensation among all Rome’s conquered nations. In exchange for peace, their priests offered daily sacrifices for the emperor in the Temple of God. It was their own version of Chamberlain’s “peace for our time” and would, in the end, reap disastrous results. The people of Judea became apathetic toward a faith that could be so easily swayed by power. They were not looking for more, and yet God, in God’s steadfast love, wanted more for them.

It’s the same thing God has wanted since Psalm 85: a true, lasting, equitable peace for all people on earth. That’s what the heavenly host in Luke 2:14 proclaim at Christ’s birth.

“Glory to God in the highest heaven,
and on earth peace among those whom he favors!”

God in God’s magnanimous grace and love and righteousness looks down and favors… us! This is the good news of Christmas! This is the peace spoken of in Psalm 85:8. We don’t have to negotiate it or manipulate it; we only have to respond in faithfulness, the same faithfulness demonstrated by God’s only begotten son, by Mary his mother, by the frightened yet obedient shepherds abiding in the fields. They embody the hard, necessary, covenantal work of shalom. That is the path beyond “peace for our time” to peace for all time

Lighting the Joy Candle: A Litany for Two Readers