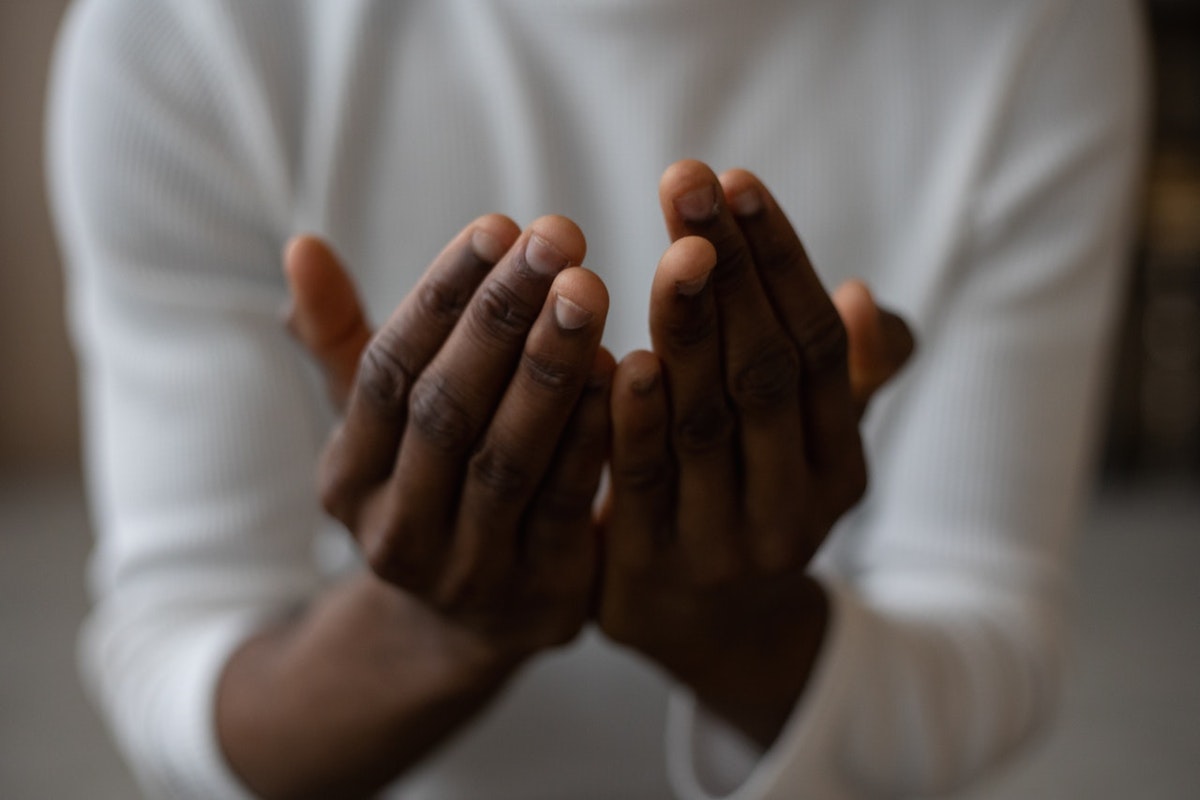 Originally preached February 9, 2014 as part of the sermon series “40“

Below are excerpts from the sermon followed by an audio recording of the entire sermon including scripture readings.

How does God come to be with his people? His people create a space for Him in their midst…they follow Him where he is going. They don’t ask him to follow them where they want to go..As the people of God follow God, He teaches them, He instructs them, He inspires them.

God is teaching His people how to worship Him… Where does it begin? With God’s people? No. It begins with God…In Exodus 35, “This is the thing the Lord has commanded….” God is not just the end of worship, He is the beginning of our worship. If we are truly worshipping God, we worship as God calls us to worship Him. “Those whose hearts were stirred and spirits were willing…” Worship can never be coerced if it is to be worship, It must be free….You have to come freely because your heart is stirred, your heart is moved. God still calls us to contribute to the work of worship…The people bring their gold in whatever form they have it…When we start getting into trouble, is when we start looking at what people are bringing. We do that to one another in so many ways…what is important is what God has asked for. Do we have it and are we willing to bring it? The worship in the tabernacle is taking place in a place that is appropriate for both God and his people at that time in their journey. This is a portable sanctuary because they are a people on the move….

“God is not just the end of worship, He is the beginning of our worship. If we are truly worshipping God, we worship as God calls us to worship Him.”

Once again we are on the move. Once again times and situations are changing. We are about to find ourselves soon, if we aren’t already, in a new wilderness as God’s people. And when God leads us forth, we are gong to have to seek His will and His guidance for how we will worship him in that new place.  If we are returning to the wilderness, we can not take the temple from the promised land into that new place no matter how much we might want to, because we will be in a new phase of our journey with God…and God will instruct us and guide us how we shall worship Him.

A new wilderness, that is part of cultural climate change. ..the world is changing, culture is changing, politics is changing…Those who claim no self identification is something like 20-30% of our population…Even within Christianity things are shifting. The places where Christianity is growing most rapidly are Africa, Asia, South America,.. and because the location where Christianity are migrating.. it’s going to look different, it’s going to sound different.. because God is stirring the pot. He is calling people who have willing hearts and wiling spirits. They are bringing the gold that they have in the form that they have. And God is using it to build it up.

But this new wilderness in some ways is a desert of our own making. Who are the “Nones”? Primarily they are the millennial generation which means they are your children. They are your grandchildren. Most of the Nones are in that generation. And one of the people at my conference in Princeton who was giving one of the presentations was Dr. Carlos Cardoza-Orlandi from Southern Methodist University. And one of the things he mentioned in his talk was that the Korean church is leveling off and starting to plateau…The Koreans were seen as the new engine, they were the new turbo charged place where Christianity was taking off. Did you know the largest church anywhere in the world is in Seoul South Korea…And all around for decades there were Korean churches popping up everywhere, not so much anymore, they are starting to level off.

This cross that’s on the communion table this morning because this is a cross that I used when I myself was a youth pastor at a Korean church when I was in seminary.   And what I did with those kids, wonderful kids,… But I didn’t do what most youth pastors did.. I did a whole worship service with them. Because the adults worshipped upstairs.. ”We’re going to do things in Korean we’re going to do things the way we want to. You all are our children, you’re born here, we want you to be American. So we’re going to hire this American guy to lead you and worship with you.” And it was a wonderful experience. Crazy, but wonderful. In fact, this cross still bares some wounds on the back, when things in the youth room got a little rowdy. Thank goodness for Super Glue.

But when Professor Cardoza mentioned the Korean church was tapering off, I thought, “well, I’m not really surprised. I figured it was going to happen eventually.” Because as wonderful as things were, as wonderful as my experience was, this was the message sent to those kids each and every Sunday, “This is not for you. This is for us. We are here to do things the way that we want to. We want you to learn about it, and we want you to of course accept Christ and become Christians, but you’re going to do it down there out of sight. And when you come up to our sanctuary, when we invite you to come up here, you’re going to do it our way.” Sunday in and Sunday out.

And now that those kids are not kids anymore, they are young adults having children of their own, surprise, surprise, they are the ones not going to those churches anymore. Because they got the message, “This is not for you.” And that’s not just happening in the Korean church. It’s happening in churches of all denominations everywhere in this country and in Europe. Because in so many ways we’ve not allowed our young people to come and bring their gold and contribute it and influence how things are done. So that’s why I say in some ways it’s a desert of our own making.

These are the questions, these are the issues we will have to deal with as a church, a denomination, as individuals moving forward…The world is changing, and we are going to have to turn to God and let God lead us to understand how in this new world, in this new environment we are to worship Him. And we need to come with willing hearts, with willing spirits, generosity to bring our gold to bring our silver, to bring whatever it is he asks of us in whatever form we have it and offer it to Him and allow Him to take it and to shape it and to instruct us to worship Him with it and how to draw other people into the new tent of meeting.

“The world is changing, and we are going to have to turn to God and let God lead us to understand how in this new world, in this new environment we are to worship Him.”

Will it be completely strange? No, not completely strange because we will help God build it and there will be things from this place, from this tradition that we can bring and put in there but we will never be able to jack this church up and put it on a trailer and move it down the road somewhere. We’re going to have to follow God and take with us what we have, what God wants from us and offer it to him anew and afresh. Together whoever we are, wherever we happen to be. But we must trust in this that God will be with us because just as it began with Israel, just as it began with Europe, just as it began with America, it began with God calling His people, summoning His people, teaching his people instructing his people on where to go how to go and what to bring with them. And it is in the wilderness, that God is most often powerfully and palpably encountered. If we are willing to contribute what he calls us to give. Gold, silver, and much more than that. …God is faithful. He will be present with us. Will we be present with Him? 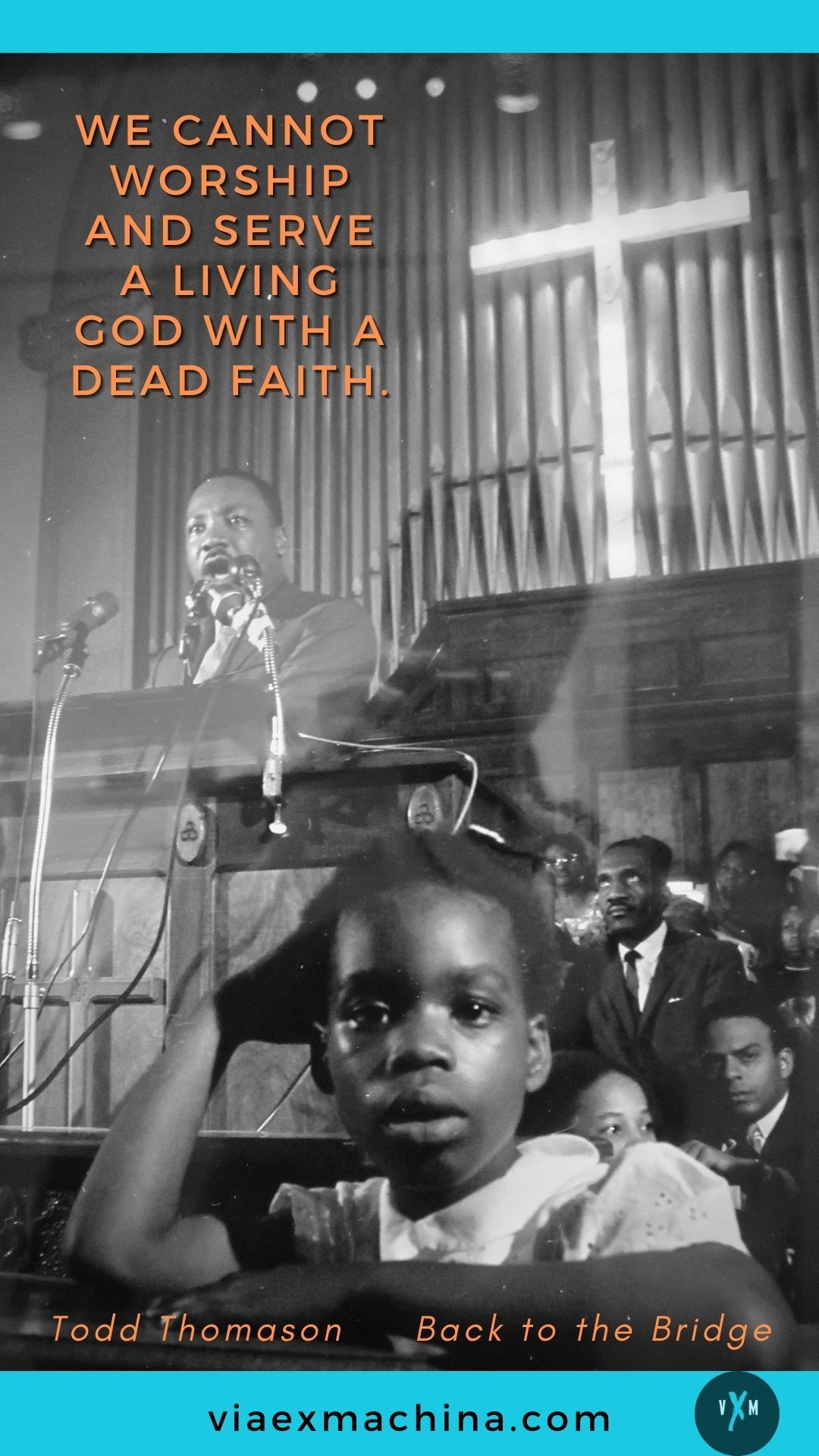 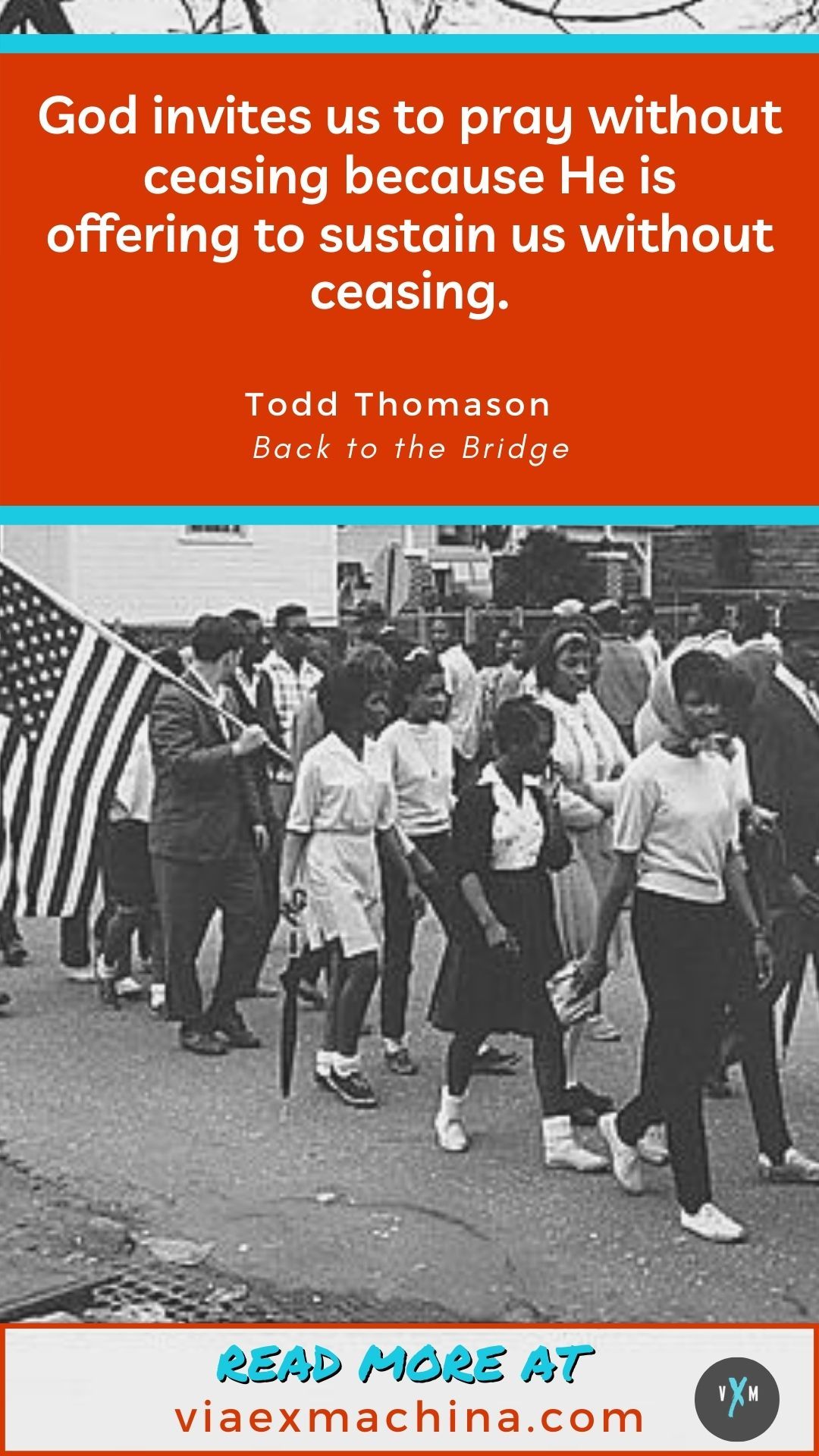 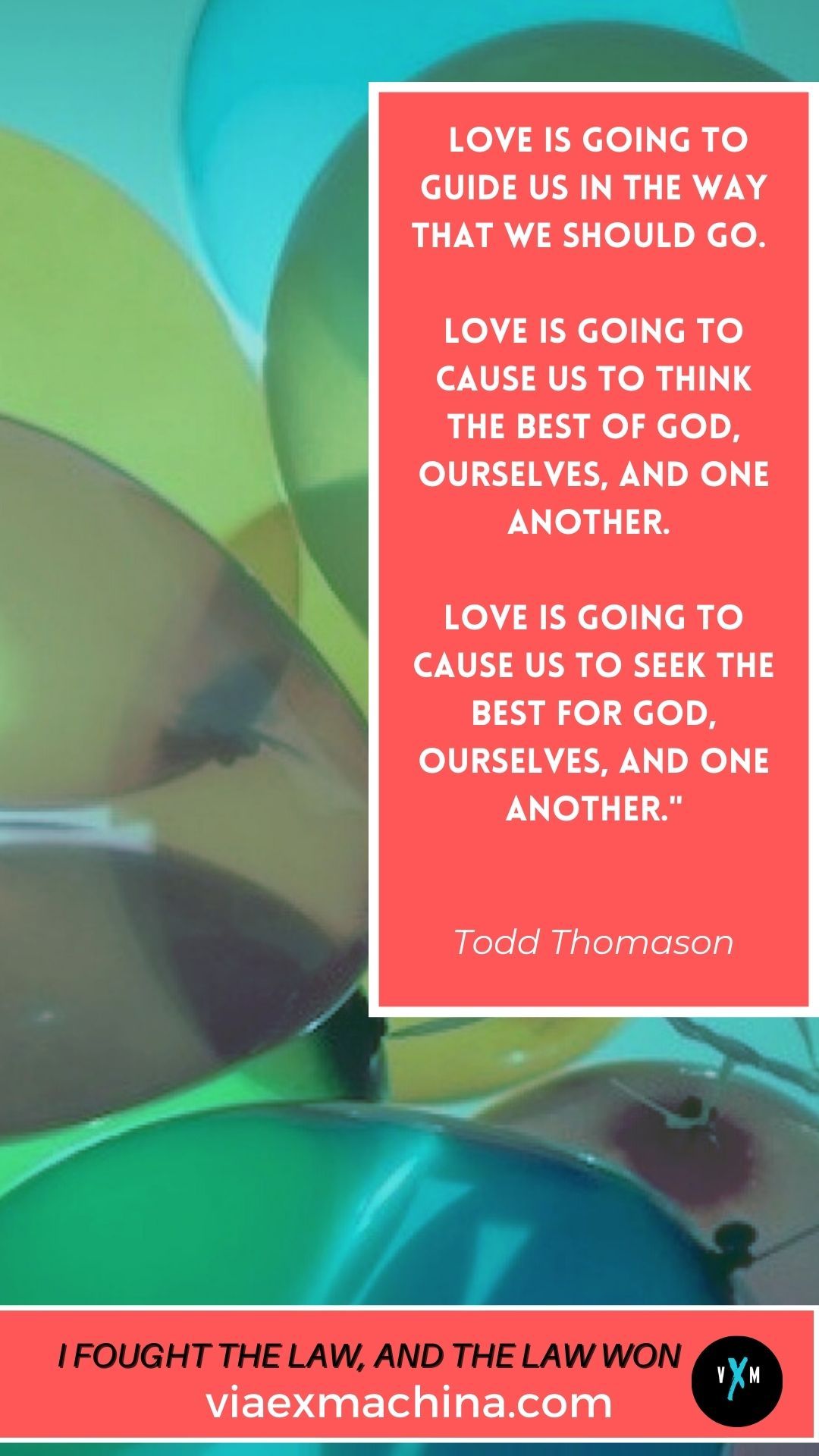 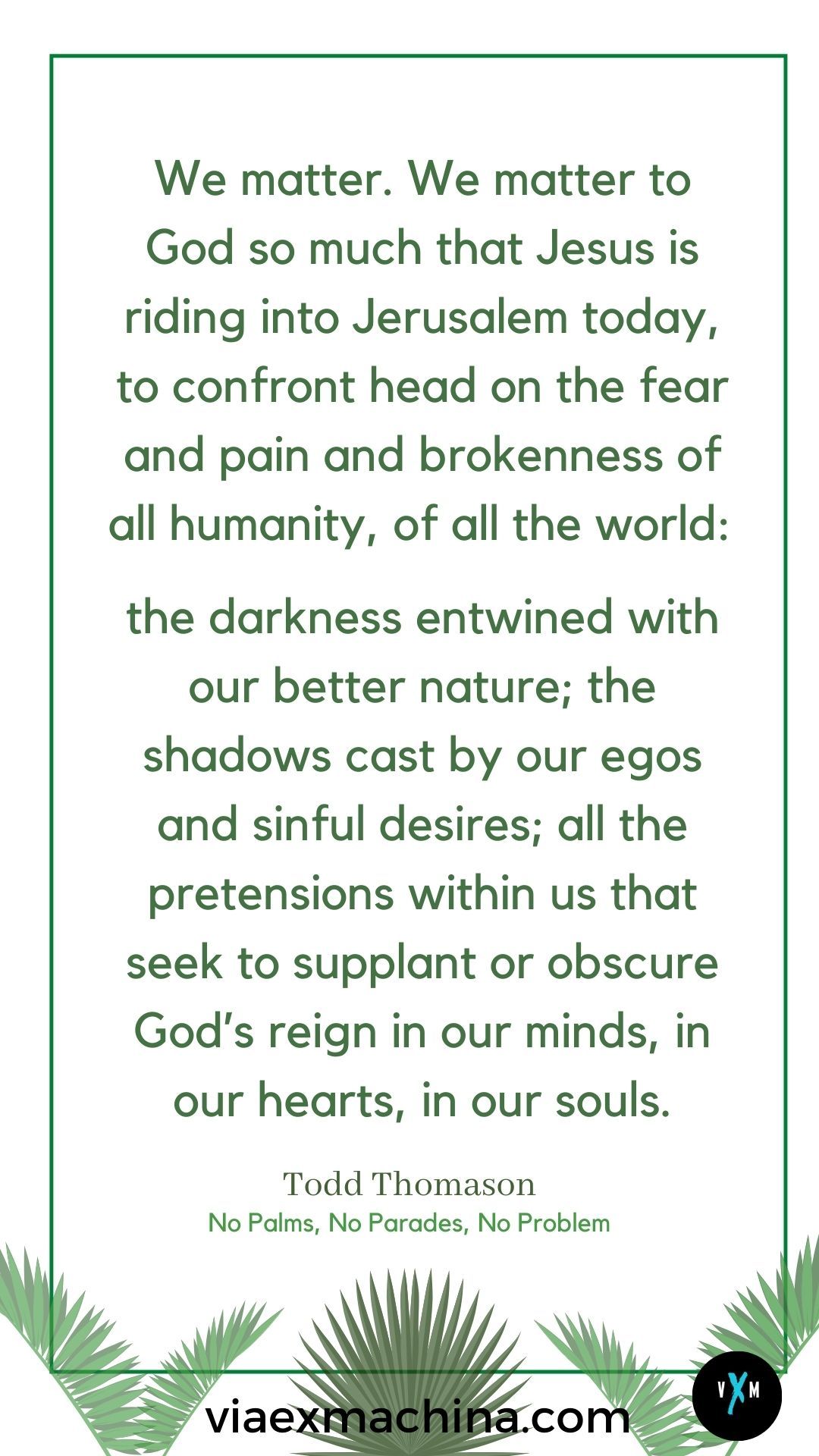 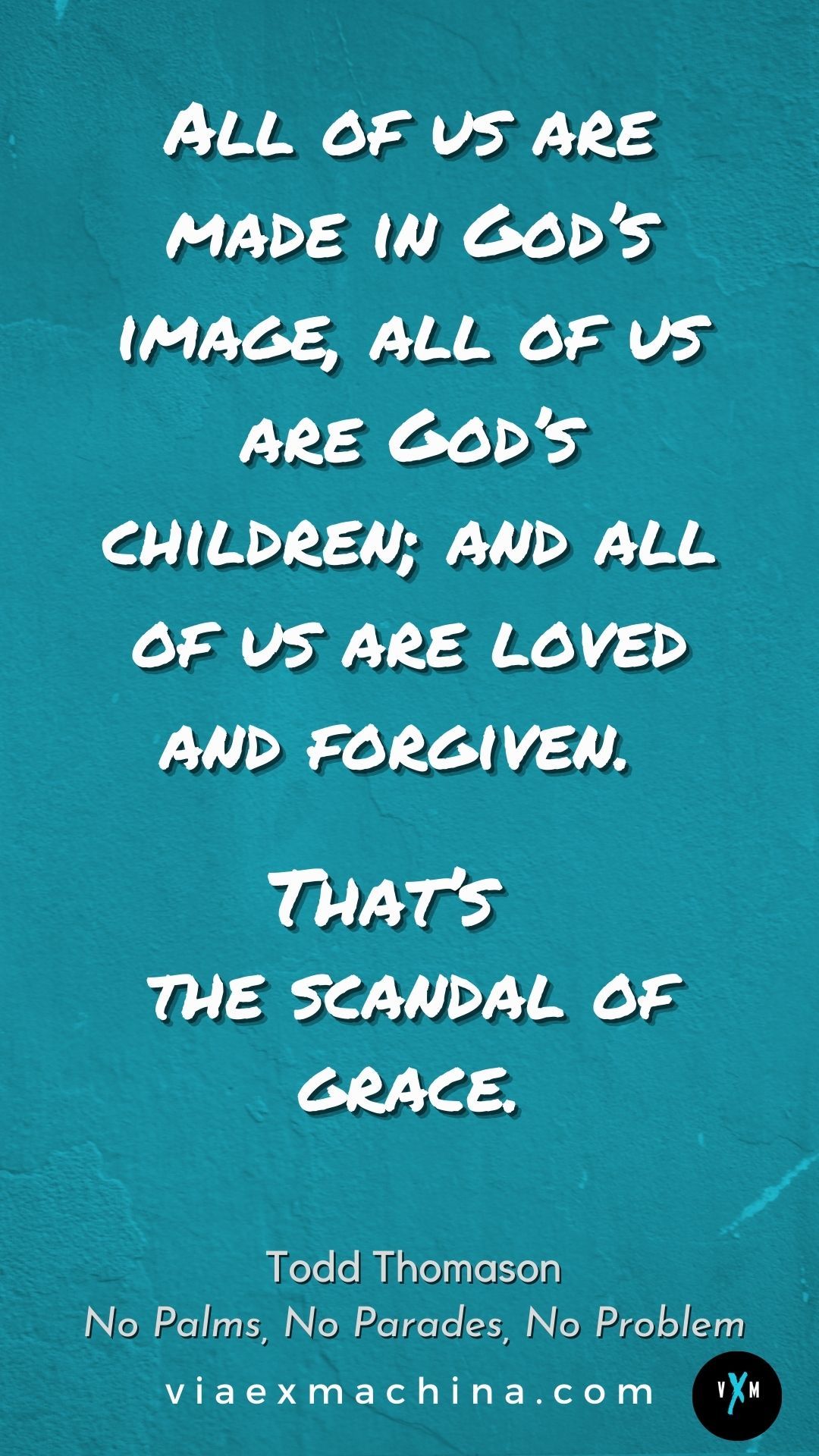 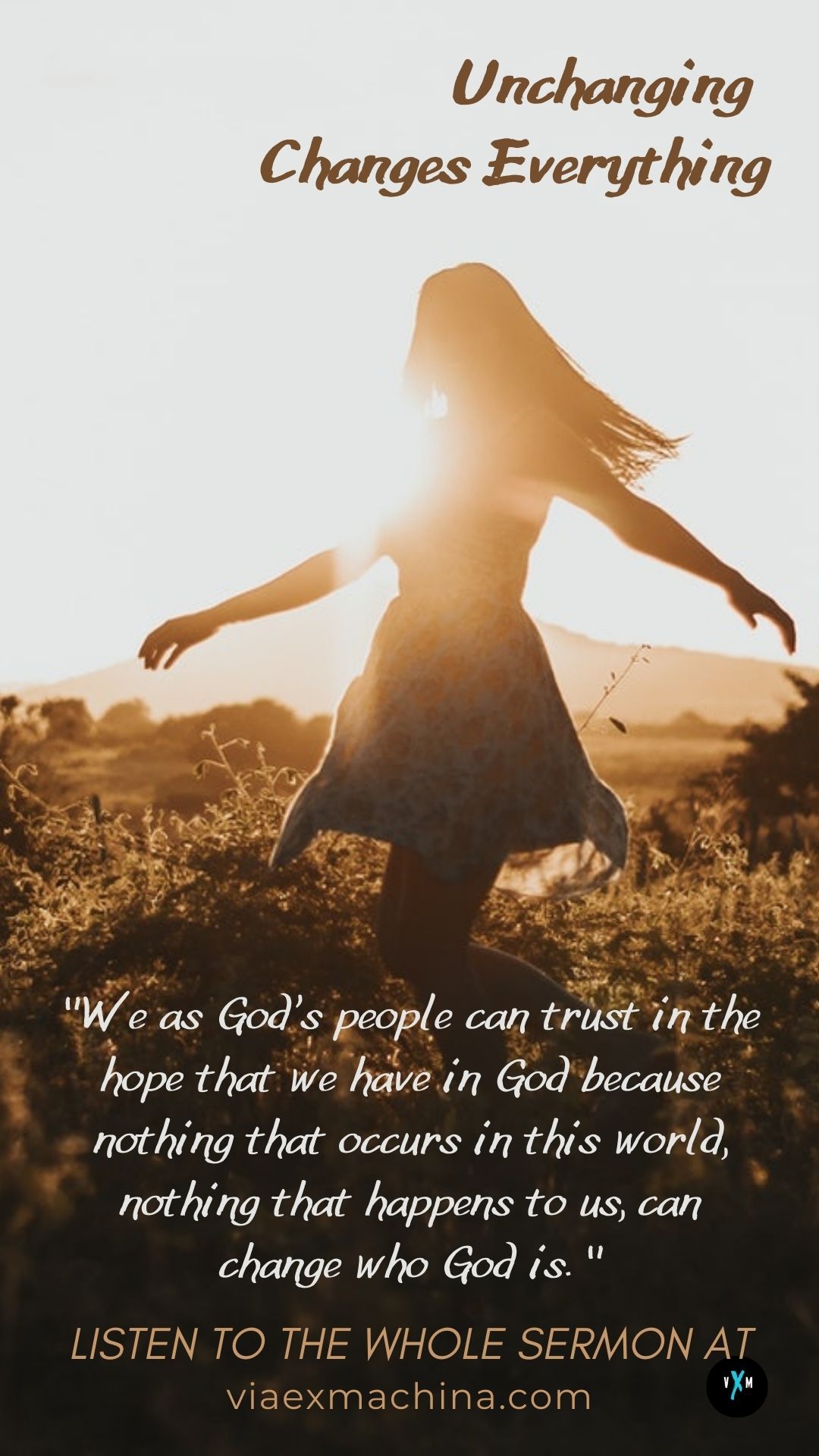 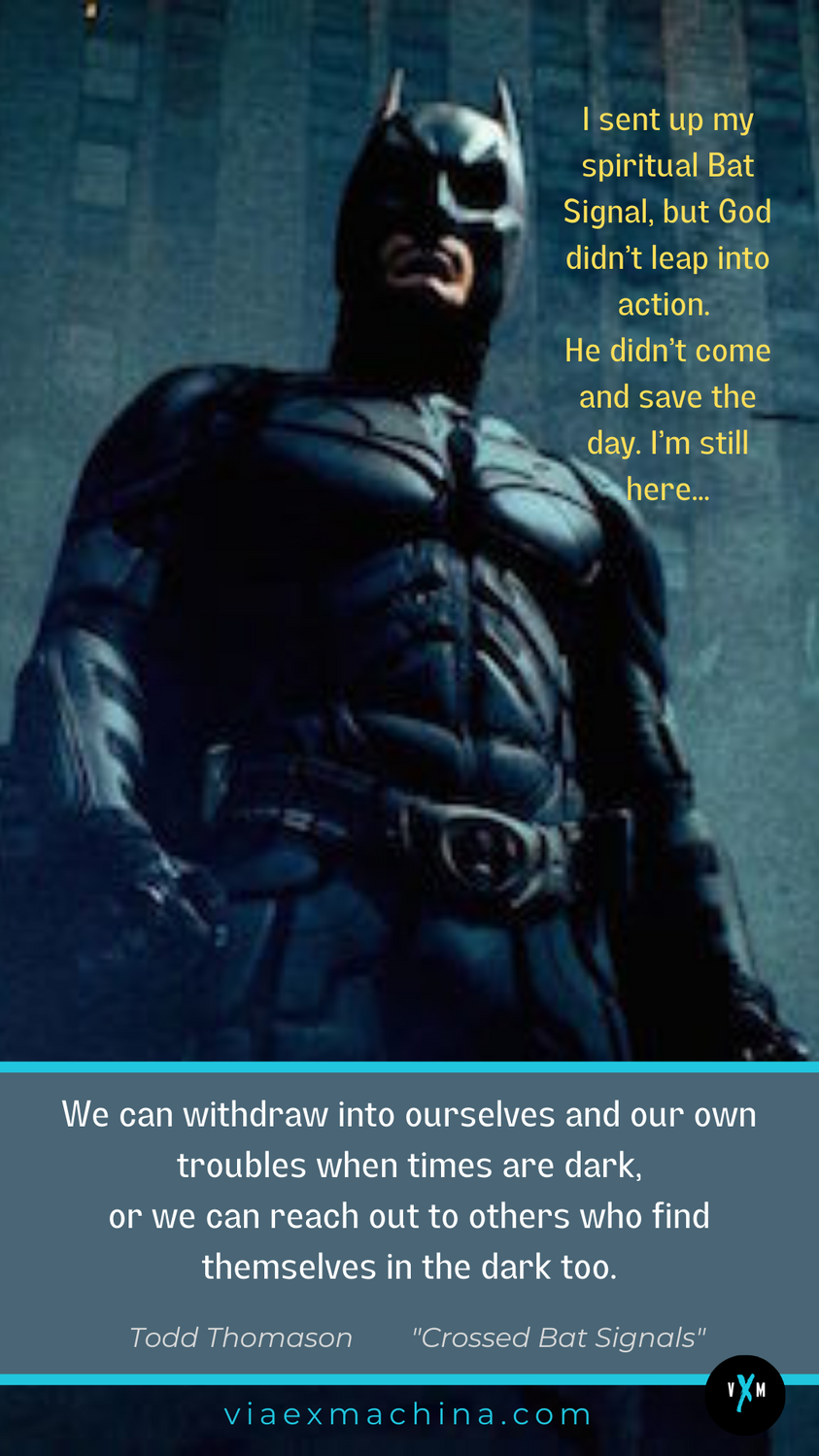 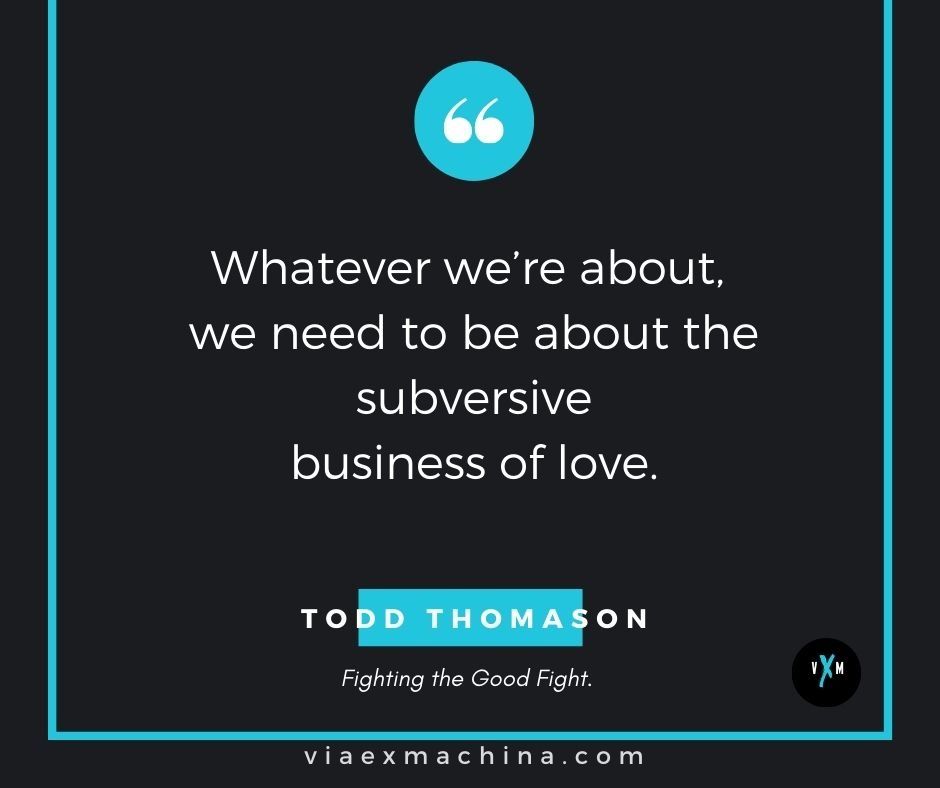