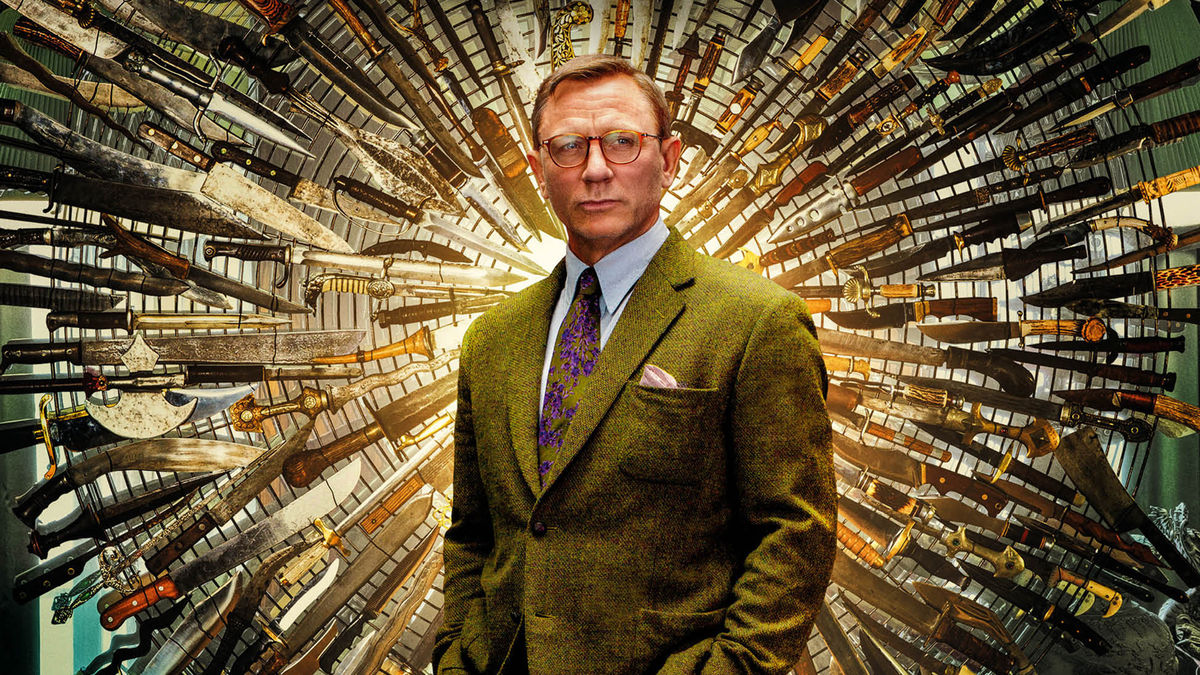 Today in much of the world pandemic-constrained New Year’s celebrations are winding down and folks are preparing to return to work on Monday, hoping for a better year in 2021 than was had in 2020.  (The bar is pretty low so the odds should be in our favour). But on the Christian liturgical calendar, it’s still Christmas – the eighth day of Christmas to be exact.  In our family we always make it a point to stretch Christmas to the full length of its twelve days, even when time off has to end before the season does.  One way we do that is by setting aside time to watch Christmas movies and specials through January 5th.  Most years the lineup remains the same.  Rudolph.  Mickey’s Christmas Carol.  The 1999 Time Team Christmas Special.  But this year I’m elated to have discovered a new Christmas movie to add to the rotation, one that truly captures the biblical spirit of the season: Knives Out.

Yes – that Knives Out, Rian Johnson’s subversive and satirical 2019 whodunit starring Jamie Lee Curtis, Don Johnson, Christopher Plummer, Chris Evans, and Daniel Craig among others.  This isn’t the first time I’ve seen it, and I’ve enjoyed it more with each successive viewing; but my love for this film has grown exponentially since watching it in the wake of reading the song of Mary in Luke 1 and the blessing of Simeon in Luke 2 during Advent, the season of preparation leading up to Christmas.  Rian Johnson would be as surprised as anyone to hear that he has made a Christmas movie. That certainly wasn’t his intent; but thematically Knives Out is more of a Christmas movie than It’s a Wonderful Life when viewed through the prophetic lens of the biblical Christian tradition, especially in the shadow of Luke’s Christmas backstory.

If you haven’t seen the movie, you should.  Right now.  It’s available to stream on Amazon Prime. If you’ve got two hours to spare, open a new tab in your browser, watch Knives Out, then open your Bible and read Luke 1:46-55. Then come back here and pick up at paragraph four.

If you don’t have two hours to spare, you’ll still want to watch it when you do, but I’ll quickly summarize the plot to give you context for what follows.  Knives Out is an Agatha Christie style mystery about the demise of a famous mystery writer named Harlan Thrombey.  Fran, the housekeeper, finds Mr. Thrombey dead from an apparent suicide in his study the morning after his 85th birthday party. The case appears to be open and closed, but the police begin re-interviewing family members who attended the party at the request of famous private detective Benoit Blanc, who is hired anonymously with nothing to go on except for an envelope full of cash and a newspaper clipping reporting Harlan’s death.  The plot thickens again when, at the will reading, the family discovers Harlan has left everything – money, property, and publishing rights – to his young immigrant Latina nurse, Marta Cabrera.  The family then begins pressuring Marta to renounce the inheritance, to “make things right.”  They promise they’ll take care of her and her family even as they threaten to out Marta’s undocumented mother if she refuses to “restore their birthright.” As Blanc continues his investigation, skeletons in the closets of Harlan’s children and grandchildren begin to emerge bone by bone.  Marta receives a blackmail note.  The country medical examiner’s office goes up in flames, conveniently destroying Harlan’s post-mortem toxicology report and its accompanying evidence.  The plot twists then twists again.

The resolution is as fun as it is clever, a prime example of Johnson’s belief that true entertainment is not something “where you turn your brain off” but functions on multiple levels.[1] The final scene of Knives Out is, however unintentionally, the Magnificat level.  Marta Cabrera looks down upon the disinherited and disillusioned Thrombey family from the balcony of their supposed “ancestral home,” while drinking from Harlan Thrombey’s “My House, My Rules, My Coffee” mug. It’s a perfect cinematic staging of Mary’s Song if there ever was one.

The police are leading Ransom Thrombey away. Linda Drysdale has just read the note Harlan, her father, wrote to her (in invisible ink) exposing her husband Richard’s infidelity.  The entire family is now dependent upon Marta’s beneficence because their machinations have failed and Marta has stayed true to herself. In short, the proud have been scattered in the thoughts of their hearts.  The powerful have been brought down from their thrones, and the lowly lifted up. The hungry have been filled with good things, and the rich sent away empty.[2]

That’s not what we consider to be the Christmas spirit, but that’s what Mary has prophesied in reference to the dawning of the Messianic age, as Isaiah did before her.  Every valley shall be exalted and every mountain and hill brought low; the crooked places shall be made straight, and the rough places smooth. [3]

That’s where Knives Out lands, and that’s what makes it a true Christmas movie.

[1] “Inside the Creation of Knives Out: One of the Most Unexpectedly Subversive Films of the Year,” Time Magazine. November 26, 2019.