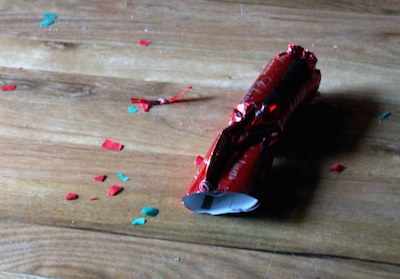 The Christmas music has faded. The Christmas lights are slowly but surely going dark and coming down. Today we watch the Wise Men arrive in Bethlehem and then depart by another road.  In a few more days, it will look, sound, and perhaps even feel as if Christmas never happened.

I hate letting go of Christmas.  Un-decorating always gets me a little down – except when it comes to packing up the Christmas music. I’ll find myself humming some Christmas hymns around June or July, but after hearing “Last Christmas,” “Wonderful Christmas Time,” and their spawn ad nauseam from Thanksgiving onward, I’m ready for at least an 11-month hiatus.

I stumbled upon it on YouTube one late November day while looking for an extended concert recording to play as I worked. I’ve listened to it just about every day since. As the events of December 2012 unfolded – illnesses at home, hospitalizations and funerals at church, the massacre at Sandy Hook Elementary School – this song gave voice to my feelings and my struggles in ways I could not. As odd as it sounds (even to me), this barebones 11-year-old acoustic rendition of a 20-year-old U2 song has helped me ponder the meaning and message of Christmas in newfound ways – and it has given me comfort.

It’s also a song that describes more than a particular situation. The more I listen to it, the more I understand it as a song about the ironies, the hypocrisies, and the tragedies of the human condition.

We live in a dysfunctional, manipulative, and often abusive world.

I hear “Stay (Far Away, So Close)” as a lyrical slideshow of select snapshots of how we are want to behave when life seems ludicrous or out of (our) control:

“The song takes an unexpected turn int he last stanza…When all is quiet, when no one is around, when we least expect it-there is the bang and the clatter as an angel hits the ground.”

But then the song takes an unexpected turn in the last stanza. In the wee hours one morning in this disturbing, distraught narrative – when all is quiet, when no one is around, when we least expect it – there is the bang and the clatter as an angel hits the ground.

I realize this song was written, at least in part, for the soundtrack of the Wim Wenders film Faraway, So Close – a movie about angels wanting to come to earth and be human. No doubt that screenplay originally inspired the lyrics here, but this unexpected turn – especially in the context of a December that seemed so far out of control – is what has made “Stay (Faraway, So Close)” a Christmas song for me.

All through Advent we read the prophets of old proclaiming God’s faithfulness to His promises.   “In those days and at that time I will cause a righteous Branch to spring up for David; and he shall execute justice and righteousness in the land” (Jeremiah 33); “See, I am sending my messenger to prepare the way before me, and the Lord whom you seek will suddenly come to his temple” (Micah 3); “With joy you will draw water from the wells of salvation. And you will say in that day: Give thanks to the LORD, call on his name; make known his deeds among the nations; proclaim that his name is exalted (Isaiah 12).

We read, we listened, and we waited.  Then, on Christmas Day, we heard a ruckus: a bang in the fields outside Bethlehem where an angel appeared to shepherds keeping watch over their flocks by night. We ran with the shepherds to the manger and found a babe wrapped in swaddling cloths, just as the angel said we would.  We discovered what the ruckus was all about – a ruckus that actually began months earlier in Nazareth of Galilee with the clatter caused by Gabriel dropping in on a maiden named Mary.

For me, this final stanza of “Stay (Far Away, So Close)” plays like a prelude to Ave Maria.

Hail Mary, full of grace.
The Lord is with you!

I am reminded that’s exactly what God decided to do at Christmas in the person of Jesus: to be with us, to be for us – to be as we are so that, ultimately, we might be with Him, and be for Him, and be as He is.

“I am reminded that’s exactly what God decided to do at Christmas in the person of Jesus: to be with us, to be for us – to be as we are so that, ultimately, we might be with Him, and be for Him, and be as He is.”

And the heavenly bang of Christmas is still reverberates.  We see it in Jerusalem today, as the Magi come asking their questions about the King of the Jews. We feel it in Herod’s fear and the Scribes’ confusion.  And if we dare to listen, we will hear it bouncing off of our turning, sputtering wheels and humming in the midst of the static and the radio waves; we may even hear it cracking the walls of this divisive world and the hardness of our own calcified hearts.  The echo continues, and we can’t pack that away.

So as we watch the Magi disappear over the horizon as they return home by another road; as we continue to dismantle our nativity sets, our Christmas trees, and our lawn displays; as we return from our holiday travels and  to our regular routines; as we turn off the Christmas music and turn on the evening news; as the children in Newtown go back to school; as all of us go back to coping with things we still don’t understand and wrestling with the the ironies, hypocrisies, and tragedies of this life, let us listen for that echo. The bang and the clatter still resonate because even though Christmas fades, Jesus remains.  He is still with us, He is still for us, and He will be always – even to the end of the age (Matthew 28).

Because on Christmas morning, Jesus came to stay.

Thanks be to God.